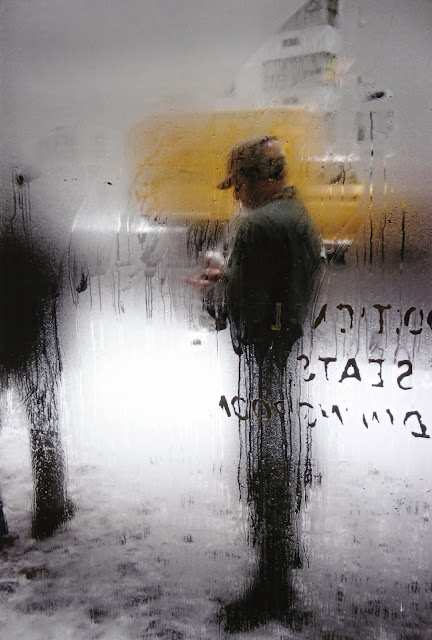 Longtime neighborhood resident Saul Leiter, "one of the first professionals to photograph New York City regularly in color," died on Tuesday. He was 89.

Where other New York photographers of the period were apt to document the city’s elements discretely — streets, people, buildings — Mr. Leiter captured the almost indefinable spaces where all three intersect, many of them within a two-block radius of the East Village apartment in which he had lived since the early 1950s.

Unplanned and unstaged, Mr. Leiter’s photographs are slices fleetingly glimpsed by a walker in the city. People are often in soft focus, shown only in part or absent altogether, though their presence is keenly implied. Sensitive to the city’s found geometry, he shot by design around the edges of things: vistas are often seen through rain, snow or misted windows.

There's a documentary about his life and work, "In No Great Hurry: 13 Lessons in Life With Saul Leiter," now on the film-festival circuit. (A DVD is forthcoming.) Meanwhile, check out the trailer here…

This photographer was truly an original. I've known his work since the '60s when I got into this field. When I read the NYT article I was really surprised to find he lived forever in the EV. I'm disappointed that I never got a chance to meet him. A very unique and wonderful photographer and I can't wait to see the documentary.

What a beautiful photo -- thanks for this.