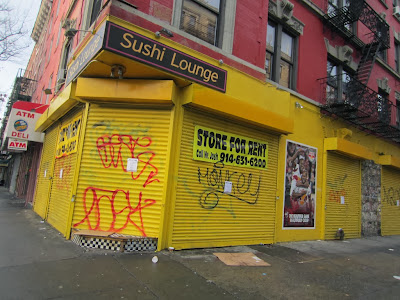 Sushi Lounge closed on Avenue A and St. Mark's Place at the end October, as we first reported. And now a potential suitor is lining up to take over the space. A handful of signs appeared yesterday ahead of the January CB3/SLA committee meeting… 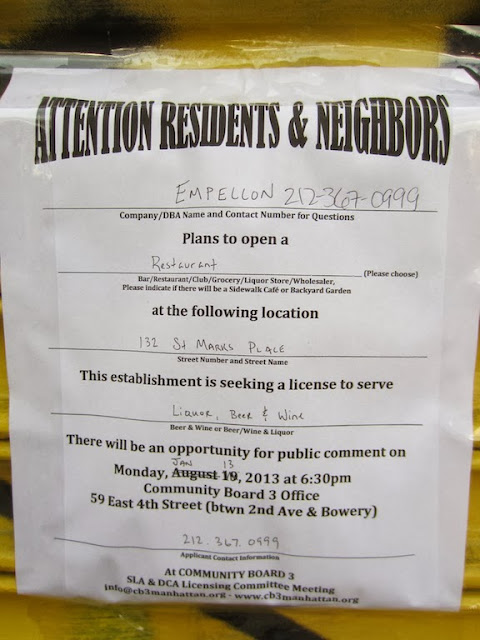 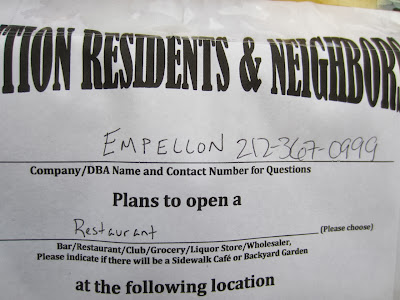 No word if this will be a third space for Stupak, who runs Empellón Cocina on First Avenue near East Sixth Street and Empellón Taqueria on West Fourth Street … or he is simply moving, say, Empellón Cocina into this more high-profle corner space.

Updated 12-23
Stupak tells Eater that this will be his third restaurant... (so no one is moving) ... and that he hasn't decided on the concept for the space just yet.
Posted by Grieve at 11:00 AM