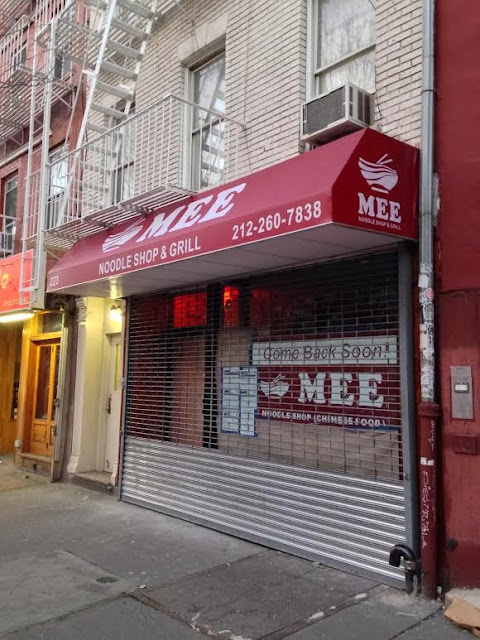 We continue to await the return of Mee Noodle Shop to the East Village ... at 223 First Ave., which is just north of East 13th Street ... A new development to note! Last week, the Mee-branded awning went up... 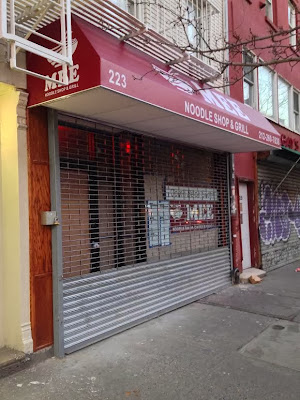 We reached out to the folks there about an official opening date – they said that they'll let us know, adding "It's a happy return for Mee Noodle Shop on First Avenue!" Indeed.

Mee was previously on the northwest corner of First Avenue and 13th Street ... before moving out seven years ago when the building was sold.

Mee Noodle Shop returning to First Avenue (28 comments)
Posted by Grieve at 5:10 AM

I want the staff of the previous one back. They made the place great.

They speak highly of you too!

I can't wait to hear "Hello Mee" And say "Hello You"!!! Nice to see some old school coming home!!!

Didn't Mee close after there was a structural problem with the building and DOB closed the building down? They can't be as reasonable as they were but if the soup is as good ...