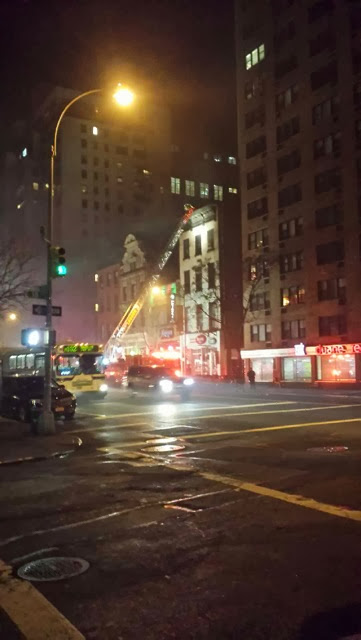 We received multiple reports of a fire last night around 11:15 on Third Avenue between East 17th Street and East 18th Street…

There weren't any immediate reports of injuries or extent of the damage… EVG reader Kevin, who took these two photos, noted that the FDNY removed one woman on a stretcher, though she appeared to be OK… 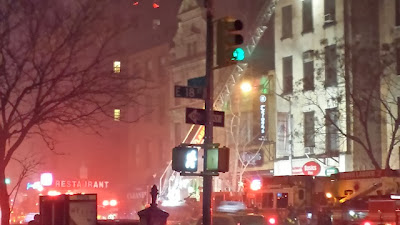 And another photo via @amybraun7 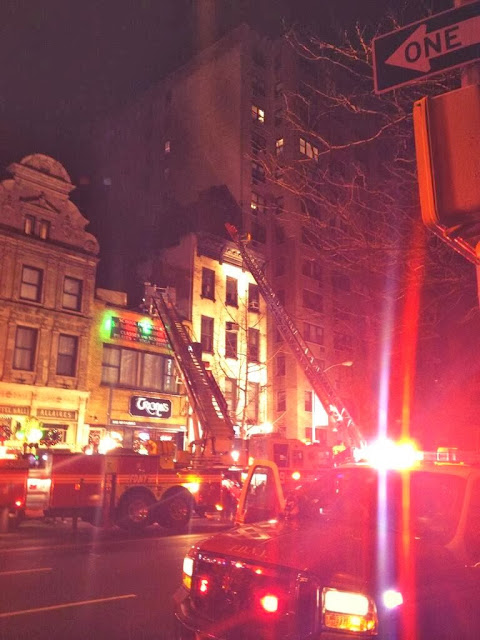