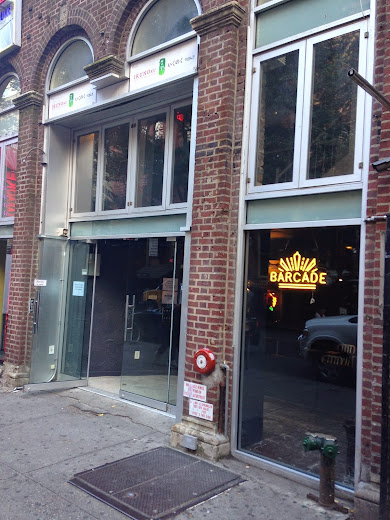 Unlike the other locations, this one will feature video games from the 1990s… like Moonwalker… 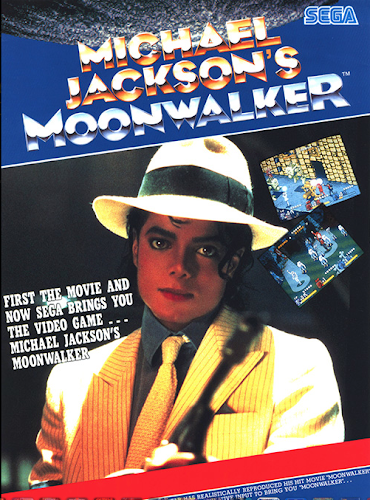 You can find the rundown of games, beers, food, etc., at the Barcade St. Mark's website here.

The address was previously home to NY Tofu House … and, after a quick succession of restaurants, Mondo Kim's, which Barcode co-owner Paul Kermizian used to frequent.

"It's just cool to be in the same space and to try [to] be here for a while, hopefully catering to the same nerdy, geeky crowd they did, just gamers instead of movie nerds," he told DNAinfo.

Gothamist has photos of the interior here.

Barcade's hours are noon to 2 a.m. 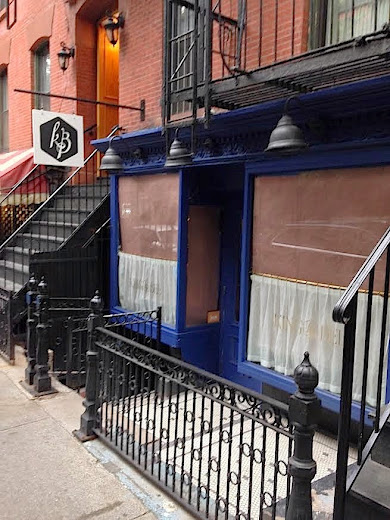 And tonight, King Bee debuts at 424 E. Ninth St. between Avenue A and First Avenue.

The restaurant is a collaboration between Eben Klemm, a beverage consultant, and Ken Jackson, a founding partner of restaurant Herbsaint in New Orleans. Their speciality: Acadian food.

We'll head to Fork in the Road's preview for more about this.

"We both felt that real Cajun cooking is hard to do in the north," says Klemm ... But through their research, they learned about the Acadian people, who are behind Cajun cooking: these people moved to Canada from France before making their way down through the United States via Maine, eventually ending up in Louisiana. And the cuisine they left in their wake, thought Jackson and Klemm, was something that could be explored here.

As we've pointed out, this space has been a carousel of restaurants in recent years... Exchange Alley, Olivia, Sintir and Zi' Pep couldn't make it work.

Back to Fork in the Road:

The partners have tried to price King Bee moderately, because they'd like it to become a neighborhood restaurant as well as a destination. "Ken and I had been looking for a space for three years, and he knew the people on this lease," Klemm says. "It's on a great, quiet block, and it's great to go to the Tompkins Square Greenmarket on Sundays and stock up on things for experimentation. Also, according to my mom, I was conceived 100 yards away from here. So there are a lot of reasons to be here."

Best bang for your quarter at Barcade? Tetris! Start on the easy level and you should get at least 5-10 mins of gaming in at a time. Unlike freaking Robotron where I can't last more than like 30 seconds.

Good luck to King Bee -- it's a great space, hope you can make it work!

Thanks Spike, I'll try it. I hope they have BattleZone. I used to have the permanent high score on that machine in Playland in Times Square. The other kids would line up their quarters to play next, but I could be on the machine for up to half an hour on a single quarter zapping missles and suoper tanks, so those kids would eventually take their quarters down to go play Centipede or one of those crazy fighting game which I could never figure out since you needed to know all the secret moves..

Anyway, posted the quote below, on that platform that Marissa Meyer leaned into, from Judah Friedlander about Playland in the Old Times Square.

"The Old Times Square, because they had Playland. A 24-hour video arcade. They had ten Pac-Man machines next to each other, which were next to five Galaxian machines stacked up against seven Defender machines. And tons more. And all the games were a quarter. Come on, man, you can't beat that. And there was pressure, because if you didn't play well, the people watching would think you were a pussy — and they would let you know that you were a pussy by either expressing it to you verbally or physically, or both. And you couldn't just play the same game over and over all day. Because the other people waiting to play would put their quarter on the arcade game, either by its marquee, or next to the screen. And that quarter meant that they had reserved the next game. Sometimes there'd be seven quarters stacked up there. So if you had a shitty game, you'd have to wait for seven other people to play first before you could play again. And you had to be careful you didn't get your wallet stolen while you were playing the game. It was a very intense situation."

There were also many scenes at Playland in that telepic The Children of Times Square. I digress, nonetheless...

Pffft. I see they have Street Fighter, and Street Fighter 3. SFII--obviously the best version--is curiously absent. Good for them because if they had it, I would dominate it, and that wouldn't be good for business.

Hmmm..Cajun cooking....are we looking at the late 80's NYC for inspiration again?

The hours are 12pm- 2am? Are they not giving anyone 4am last call? is the 2am specific to this location? Please don't tell me they are going to make the bars start opening later and closing earlier. I want my 8am open and 4an close. Do we live in some crappy bar town like LA now?

@esquared™ that's exactly what Playland was like. The kids there were tough, and they were good, and you needed to know what you were doing or it would be trouble. Those little hustlers would take everything you had off of you if you gave them half a chance, and sometimes they would stand behind you and wait until you were distracted, and take your bag if it was sitting on the floor.

But if you had a good game they gave you respect, which meant they didn't try to crowd you and push you off of a machine or try to rip you off. The pinball machines up there were great too, just don't tilt them too much or the floor manager would kick you out , and if you played Skeeball you could win tickets to buy Chinese finger handcuffs, dribble glasses and magic tricks.

The multiplayer games like Street Fighter and Mortal Kombat really changed things, the games became more violent, complex, and competitive, and the kids who played those fighting games would probably be out in the streets bashing real heads if they weren't playing them. But then some little kid would beat the crap out of some big guy on Street Fighter and everyone would cheer. It didn't matter who you were, you just had to be good, Playland leveled the playing field for everyone.

Marcos once banned video games in the Philippines because, according to him, they were disruptive and creating havoc to the morality of the Filipino youth since theyy were cutting classes or playing hookyand spend their days playing video games.

If Bloomberg had a fourth term, he would have probably banned video games too.

Damn, esquared, no Joust? I was hoping to play that battle ostrich again and get those eggs! My favorite!

"And you had to be careful you didn't get your wallet stolen while you were playing the game. "

And this is a good thing about the Old Times Square why?