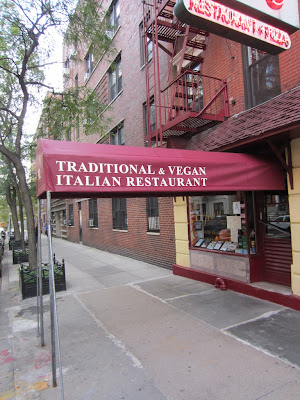 John's of East 12th Street, the 106-year-old East Village treasure, is the subject of a new feature documentary that premieres next month.

Here are details on the 68-minute film via Vimeo:

JOHN’S OF 12TH STREET is a portrait of a century-old Italian-American restaurant in New York City, one of the last of its kind in a rapidly changing East Village. This observational documentary loosely follows the rhythm of the restaurant’s day, which swings between boredom and frenzy as the old rooms empty and fill. No one who works at John’s is actually Italian, but some have been here for 40 years, including two pairs of brothers and a father and son. JOHN’S OF 12TH STREET catalogues the overlooked details of working life and a vanishing New York City.

The documentary is from Vanessa McDonnell, a filmmaker and editor based in Brooklyn.

The film debuts on Nov. 12 at Spectacle in Williamsburg. Details here.

I need to take my Mom to this, when she divorced my Dad she had her cougar phase and dated an actor that worked at John's of 12th street. She still talks about it 35 years later.

Haha, I thought they meant Johns of east twelfth street, as in the johns that used to pick up the hookers on east twelfth, as that was a hooker stroll