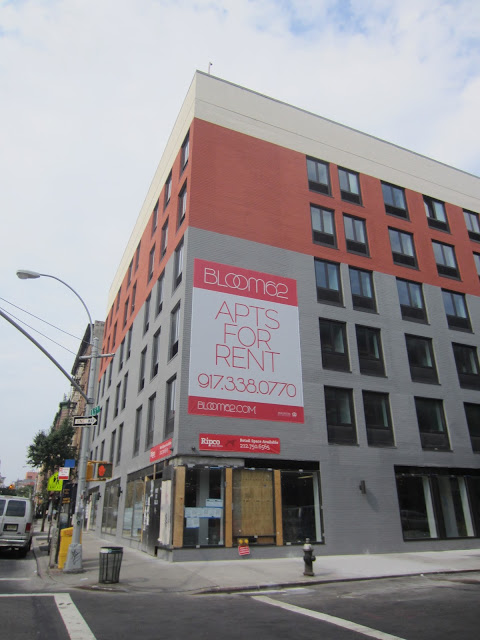 Back in January, the Post reported that Bloom 62 on Avenue B and East Fifth Street — the former Cabrini Center for Nursing and Rehabilitation — "is being shown to investors and expected to sell for roughly $70 million."

At the time, we never spotted any listings for the building that Ben Shaoul bought for $25.5 million from a family trust made up of the estates of Jacob W. Friedman and Sol Henkind in December 2011.

Now a PDF for the building is making the rounds … it arrived in our inbox. From that listing: 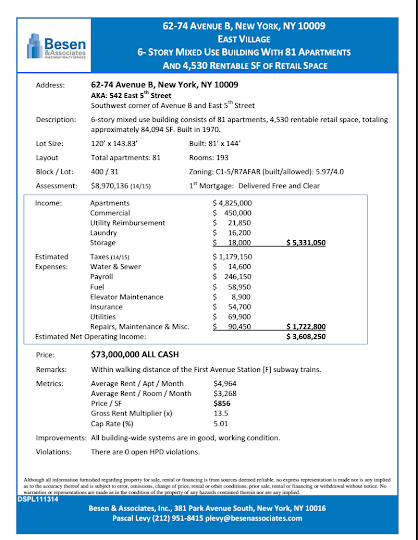 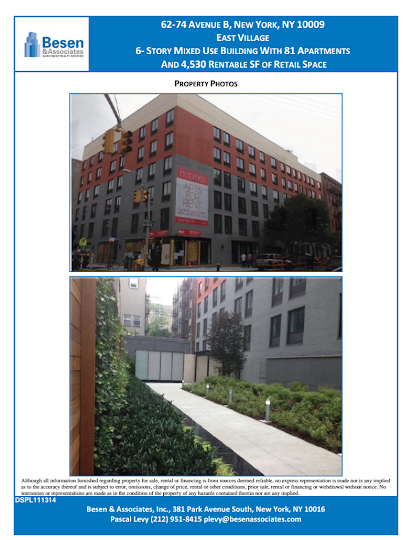 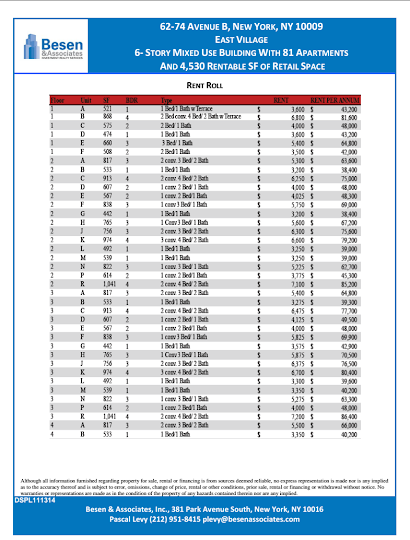 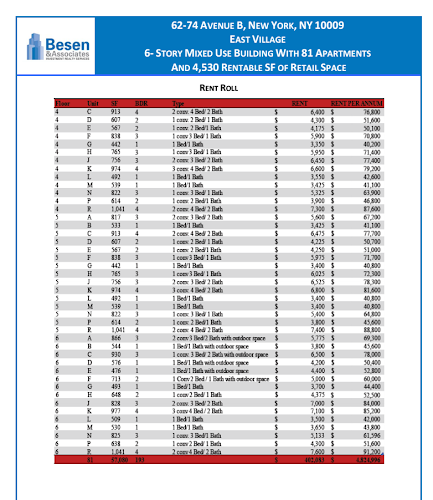 Cabrini closed for good on June 30, 2012. The 240-bed Cabrini Center for Nursing and Rehabilitation — sponsored by the Missionary Sisters of the Sacred Heart of Jesus — provided health care for low-income elderly residents in the East Village. The center opened in 1993 and served 240 patients and employed nearly 300 people.

Bloom 62 started renting in May 2013. Prices top out at $7,600 for a four-bedroom apartment. The building has quickly earned a reputation for throwing the most disruptive rooftop parties.

Ben Shaoul looks to make a whole lot of money converting nursing home into high-end housing
Posted by Grieve at 5:12 AM

I can't wait for when the area turns back into the bowery of days gone by, and these apartments are flophouses.

How is this piece of shit not languishing in a jail cell somewhere for crimes against humanity? (Not that he knows the meaning of the word.)

A capitalist's wet dream, triple your investment in a few years and displace the most vulnerable in our city, Bravo Shaoul, there is a special place in hell for you like.

The problem is, "hell" is a made-up fantasy land.

So the only place to stop his enterprise is here on earth.

But he's safely tucked under the wing of capitalism so rend your garments all you want, he will soldier on unabated.

I know there is no hell and if it did exist it be too good for him.

Jake Gittes: How much are you worth?
Noah Cross: I have no idea. How much do you want?
Jake Gittes: I just wanna know what you're worth. More than 10 million?
Noah Cross: Oh my, yes!
Jake Gittes: Why are you doing it? How much better can you eat? What could you buy that you can't already afford?
Noah Cross: The future, Mr. Gittes! The future. Now, where's the girl? I want the only daughter I've got left. As you found out, Evelyn was lost to me a long time ago.
Jake Gittes: Who do you blame for that? Her?
Noah Cross: I don't blame myself. You see, Mr. Gittes, most people never have to face the fact that at the right time and the right place, they're capable of ANYTHING.