Q-and-A with Vanessa McDonnell, director of the John's of 12th Street documentary 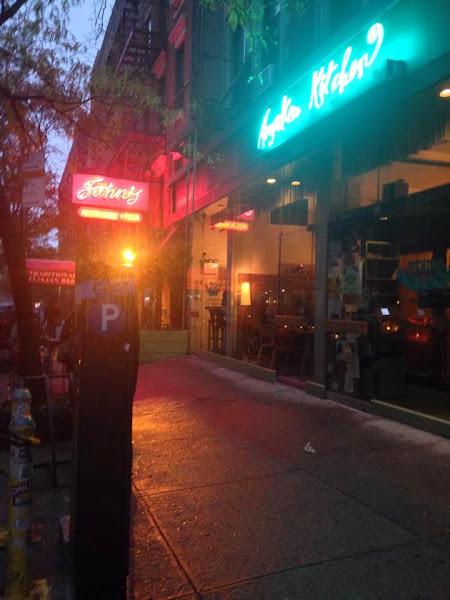 John's of East 12th Street, the 106-year-old East Village treasure, is the subject of a new feature documentary that made its debut last night.

Here's a quickie recap of the 68-minute film: "This observational documentary loosely follows the rhythm of the restaurant’s day, which swings between boredom and frenzy as the old rooms empty and fill. No one who works at John’s is actually Italian, but some have been here for 40 years, including two pairs of brothers and a father and son. John's of 12th Street catalogues the overlooked details of working life and a vanishing New York City."

The documentary is the work of Vanessa McDonnell, a filmmaker and editor based in Brooklyn. She answered a few questions for us about the film.

Why was John’s of 12th Street an appealing subject for you?

I used to live on 14th and C in the worst apartment I’ve yet to encounter. My boyfriend (now husband) and I used to meet at John’s for dinner frequently and it was my escape from the hordes of mice, persistent gas leak and falling-down ceiling that was my life at the time (I slept with my head under a specially fashioned cardboard box so it wouldn’t be crushed).

John’s was a warm and friendly oasis of civilization for me, much more so than the trendy places that were inching their way toward Avenue C. It was like being lost in the woods but then finding your way to your grandmother's house where there’s food on the table.

I worked as a cook in an Italian restaurant throughout high school, and I had fond memories of the camaraderie and all of the daily rituals involved. I wanted to make a film that would show how special John’s is in particular, but also to show the small details of working life for the kitchen crew and waiters. We see a distorted version of this in all the food-related television that exists now, but not so much the actual vocation. I think the daily grind is really interesting.

What was the reaction from the folks there when you approached them with the idea?

My husband and I were eating one night when Mike Alpert, one of the owners, sat down at our table to chat, which you see him do a lot in the film. I was eating spaghetti and I brought up how Sophia Loren famously said "Everything you see, I owe to spaghetti,” which is something I like to bring up whenever possible.

Perhaps this endeared me to him. I actually asked him first if I could have a job. There has yet to be a female employee at John’s and after a bottle of wine I was feeling ambitious. He said no, so I asked him if I could make a film about the restaurant instead. Totally nonchalant, he gave his blessing, telling me not to get in the way too much. Both Mike and his business partner of 40 years Nick Sitnycky were incredibly friendly and helpful about my filming in the restaurant. I loved every minute I spent there.

You spent a month filming at John’s. What struck you the most about that experience?

I was struck by how many interesting and sometimes eccentric things happened in front of my camera. At first I thought to myself, “Wow. I’m getting really lucky here.” But then I realized it’s just the normal day at John’s.

Granted, these are things that I find interesting and charming and not the sort of things that would find their way into a food network show. For instance, a guy drove all the way from Canada because he’s obsessed with John Lennon and he got confused reading something on the Internet the day before, thinking it said that John’s is haunted by Lennon’s ghost. Also, people talk animatedly about the Gotti trial. The most argumentative handyman ever comes by to fix things. A regular starts singing an opera. Another weighs in passionately on Italian-American food as a legitimate cuisine unto itself, pointing out that “millions of billions” of plates of veal parmesan have been served and people like it. 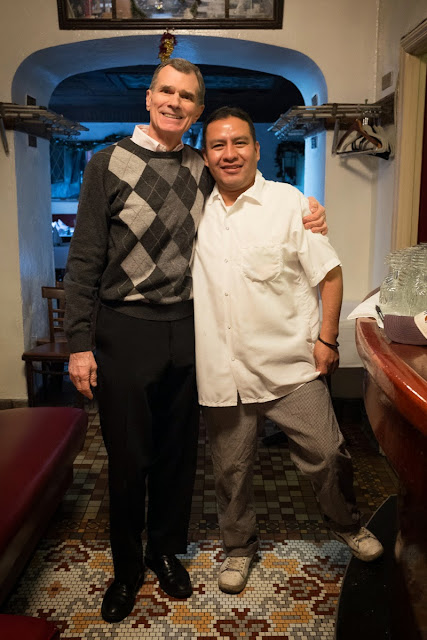 What do you think makes John’s special?

The allure of John’s is so hard to articulate. So many new restaurants try to create that atmosphere of warmth and history by designing the space and the menu in certain ways, and some people probably like a sanitized version that only hints at authenticity.

John’s is the real thing and unfortunately there are fewer and fewer places like it. It feels like a very open public space to me — as much as a place of business can — it’s not a place that is selective or self-selecting. You can go there and encounter many different kinds of people and it somehow encourages interaction. This is one of the crucial things that gets ruined when an area becomes transformed by the powers that be who are killing New York City right now — namely the collusion of government, real estate interests and corporations to create pockets of homogenous, uninteresting people.

I hope I was able to convey what makes John’s great in the film. There are so many little things that add up to the whole. Once I was eating there and the waiter asked if I wanted fresh pepper. I said yes. He starts grinding. After a few seconds I say, “Thank you,” meaning, in my mind, “okay you can stop now’. He said, “You’re welcome,” and keeps grinding. I said thanks again and again he keeps saying ‘you’re welcome,” continuing to grind. I looked up at him and said it again, he was actually getting tired from the grinding, grinding with effort. My food was covered with so much pepper. Finally I realized I was supposed to just say “Stop,” and I did, not a moment too soon. He came back several minutes later with a large, soup-size bowl full of pepper, saying, “Here, since you like it so spicy.”

Another time, I had a birthday gathering with about 25 people. The restaurant was really busy and maybe they were short on staff that night, so our waiter was really put through the paces, running back and forth and doing everything at once. At the end of the night he was really tired, his tie was hanging off and he was actually out of breath. He brought out the remains of my cake and I cut him a slice. He gave me a hug and said, “We did it!”

You can check out the trailer here... 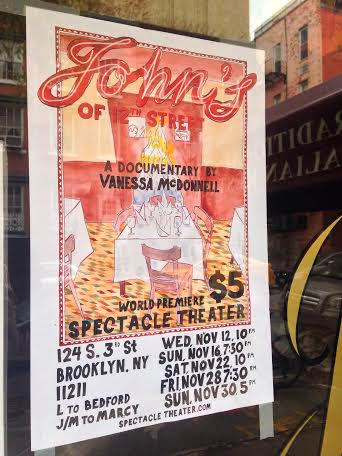 The screenings are at Spectacle in Williamsburg. Details here.

Would be great if this could also screen in one of the East Village theaters! Looks really interesting.

I agree! The film deserves a hometown showing.

I know Vanessa. Her husband made a very strange film called Go Down Death a few years ago that has been screening around town too. Nice folks.