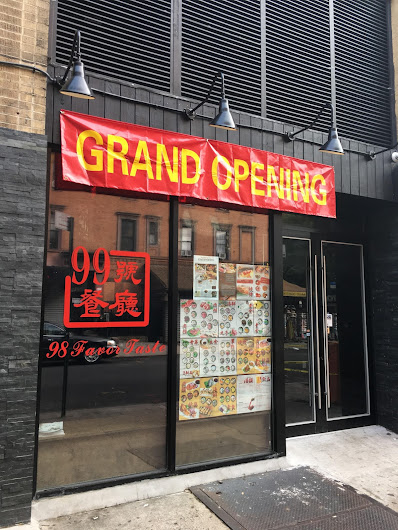 98 Favor Taste is in Grand Opening Mode now at 37 St. Mark's Place at Second Avenue. (They opened on Saturday.)

As noted back in February, 98 Favor Taste is from the operators behind the 99 Favor Taste restaurants, which include locations in Sunset Park and Grand Street.

The restaurants specialize in traditional Korean-style barbecue and Chinese hot pot meals. You can find their menu here. 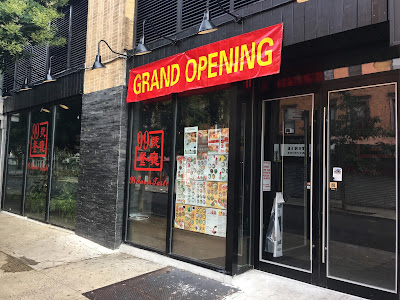 And as you may recall, the hot pot hotspot went through some signage changes during construction... 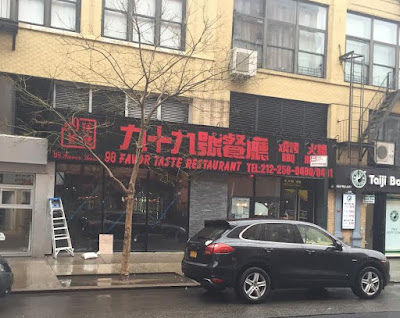 [Photo from February by Steven]

These storefronts had been vacant going for nearly five years. Timi's Gelateria Classica™ closed at the end of 2011 in one of the spaces… while Michael "Bao" Huynh's Baoguette Cafe shut down at summer's end in 2012.
Posted by Grieve at 4:02 AM

You'd have to pay me to open a business in that cursed revolving door building. Nothing seems to stick there.