At the Weeping Willow Wake 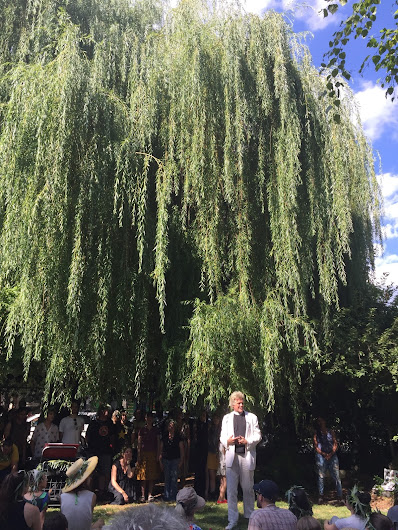 This afternoon, residents and members of La Plaza Cultural gathered on Ninth Street and Avenue C to bid farewell to the last two willow trees in the community garden.

As previously reported, an inspection showed that the willow nicknamed Cher, located in the corner of the garden by Avenue C, is rotting, and will need to be removed. (The second willow, Krusty, located near the gazebo, is also in poor shape and will likely need to come down as well.)

Rev. Billy, along with members of his choir, presided over the event, titled the Weeping Willow Wake... 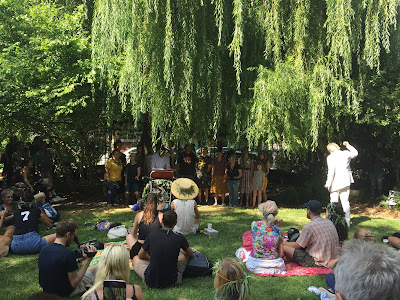 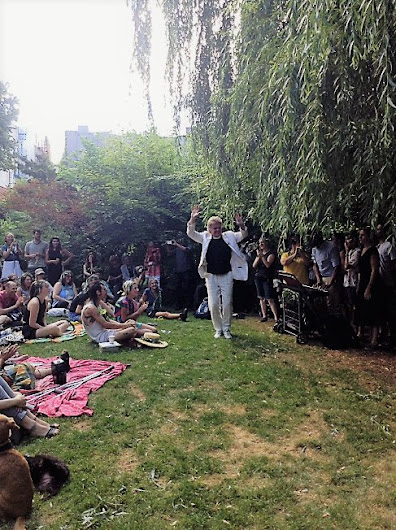 The Parks Department has made a descion that they must come down and will take them down when they have the time. La Plaza Community Garden is saddened by the loss of our great willow trees and is reaching out to the community seeking people's opinion as to where we should go from here. 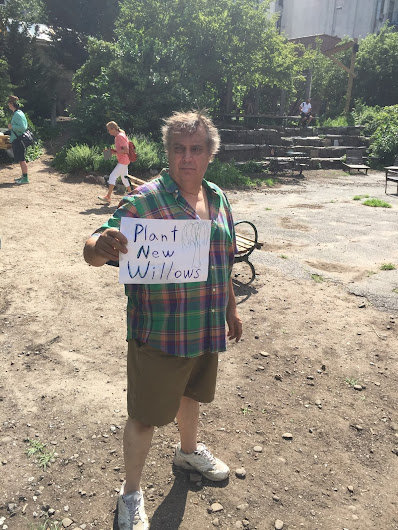 The Parks Department has yet to schedule a date for removing the willows, believed to be 41 years old. 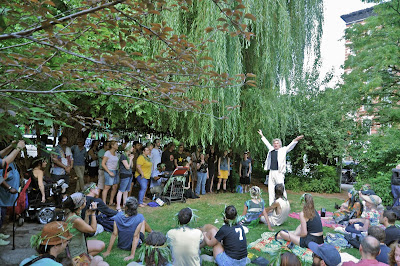 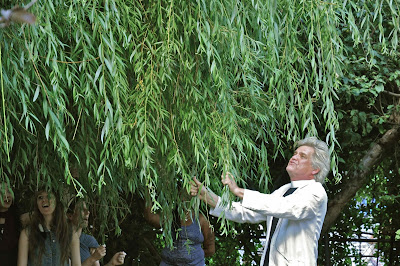 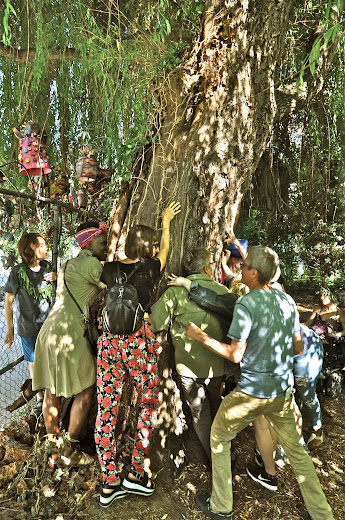 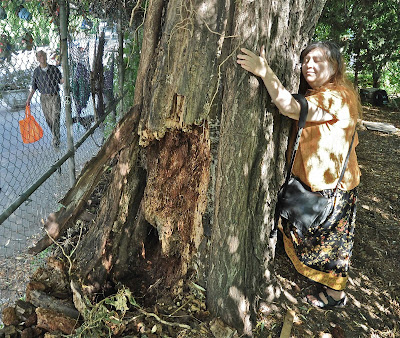 When my sister was a kid, she always called them "leaping littles." She'll deny it now, of course.