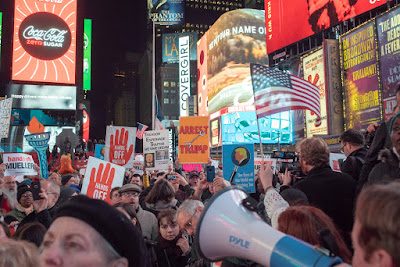 Thousands of people converged on Times Square last evening at 5 in a rapid-response rally — one of many nationwide — following President Trump's firing of Jeff Sessions on Wednesday and appointment of loyalist Matt Whitaker as Acting Attorney General.

The demonstrators gathered and marched to show support for special counsel Robert Mueller's ongoing investigation into possible collusion between Trump's 2016 campaign and the Kremlin.

EVG contributor Dan Efram shared these photos...starting in Times Square ... and then from along Broadway as the peaceful protestors headed south to Union Square... 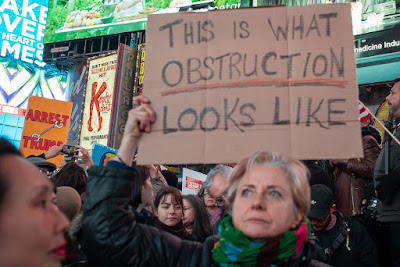 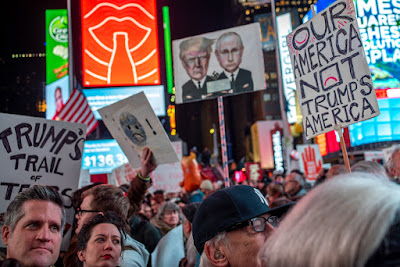 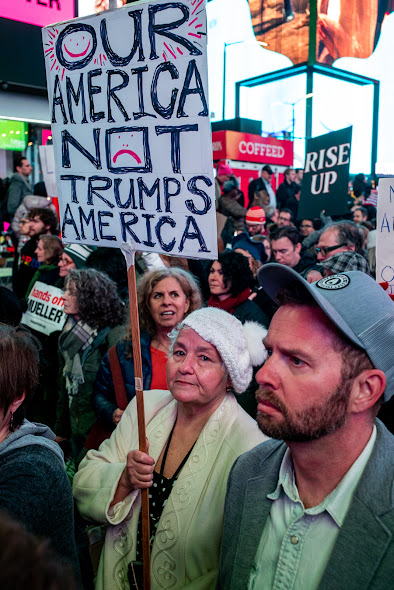 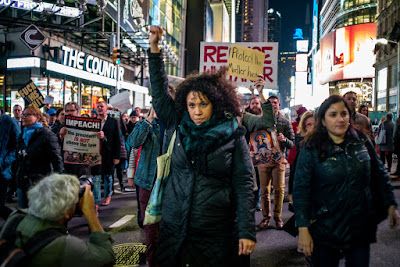 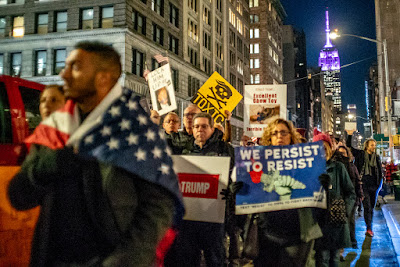 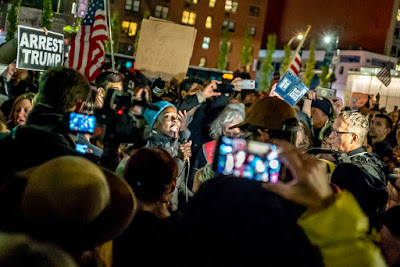 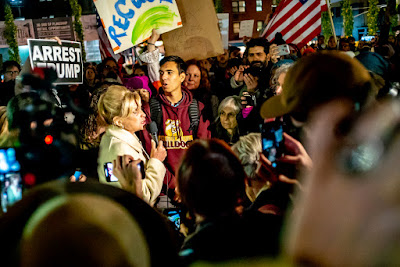 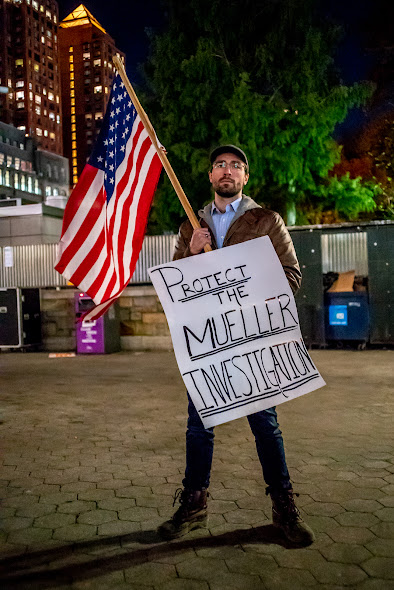 Dan's work can also be found at New York Indivisible on Facebook and Twitter.
Posted by Grieve at 2:00 PM

Only Trump can make people march for a guy who testilied to give the green light to invade Iraq.

Also, this Russian collusion investigation is going to yield diminishing returns about the election tampering (it's actually turned out, as Florida and Georgia shows, that Americans are disenfranchising voters and subverting democracy).

Now I don't want Mueller to be fired. In fact, this case has evolved to money laundering. It was probably Russian money that was funneled to pay off Stormy and Karen (the playboy centerfold Trump shtupped) for their non-disclosure agreements M. Cohen did for Stronghead Trump.