So long to the 13th Step signage 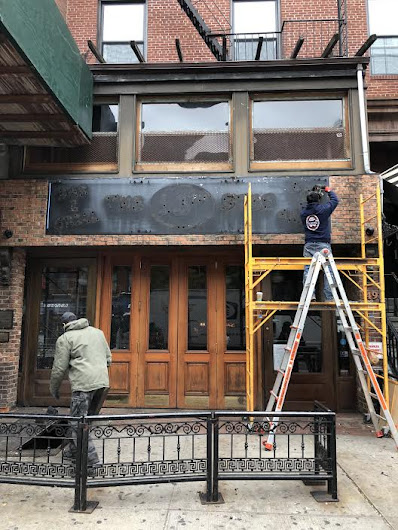 Workers yesterday removed the neon 13th Step signage from outside the no-longer-named-13th-Step bar on Second Avenue between Ninth Street and 10th Street. (To be clear, the bar remains open.)

In early October, the sports bar/SantaCon hotspot dropped the 13th to become simply The Step. 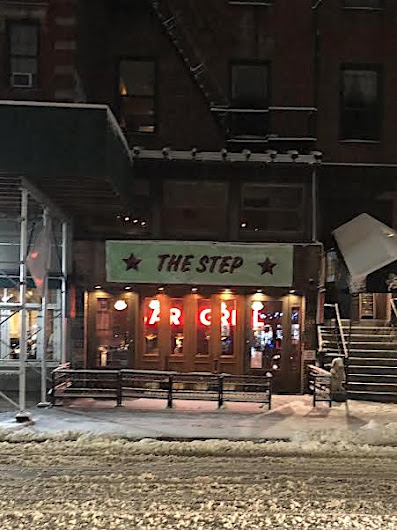 The bar is still listed as the 13th Step on social media and its website. Perhaps they'll eventually address what may have prompted the dropping of the 13th.

Several readers/residents found the name to be in poor taste upon the bar's arrival eight-plus years ago. The term 13th Step is used as a euphemism for inappropriate sexual advances by a member to a newcomer in AA. It means other things too.

Previously on EV Grieve:
The 13th Step loses the 13th on 2nd Avenue
Posted by Grieve at 5:50 AM

Email ThisBlogThis!Share to TwitterShare to FacebookShare to Pinterest
Labels: the 13th Step

They've somehow managed to build upon the stupidity of their first name.