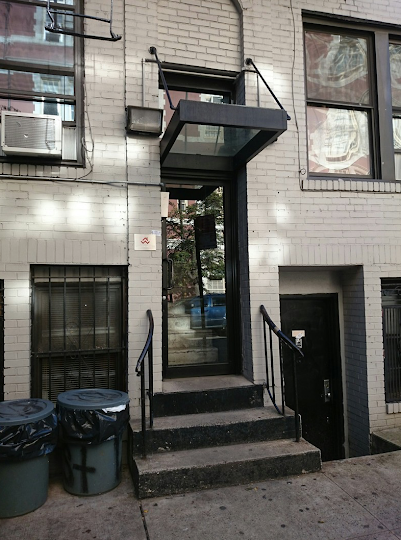 Tenants of 118 E. Fourth St. recently received notice that work crews hired by Jared Kushner’s Westminster City Living contaminated their building with lead-laden construction dust. The contamination was the result of unchecked dust from demolition work being performed in the building.

A report issued by New York City Department of Health and Mental Hygiene from November shows elevated levels of lead in four of the five samples collected in the building. The sample with the highest level was nearly 10X (383 µg/ft2) the acceptable standards prescribed by the U.S. Environmental Protection Agency for floors/treads of 39 µg/ft2.

In the fall of 2015, tenants of 118 E. Fourth St. endured bouts of no heat, mounting trash, and a longstanding cooking gas outage. The tenants then filed an HP Action in January 2016 for repairs and services to be restored. A motion was also filed in court to hold Westminster in contempt of court due to the lack of restoration of services.

Tenants of 118 E. Fourth St. and the Lead Dust Free NYC coalition are now calling the unsafe conditions to be remedied immediately and for safe work practices to be put in place for all work being performed. Tenants, advocates and elected officials are calling on the City to improve enforcement around lead and to increase penalties for landlords who contaminate buildings.

Many provisions with NYC’s lead laws, Local Law 1 of 2004, are not being utilized by the City. A City Council hearing in September of this year called to attention major deficits within the enforcement and regulations surrounding Local Law 1.

"I was in my apartment on a day when they began demolition. A dust cloud invaded my entire apartment from the demolition happening in the apartment below me. I felt a burning in back of my throat along with feeling of grit. I decided to leave for my own safety," said David Dupuis, a tenant of No. 118 for 35 years. "When I returned in the evening, the halls and everything in my apartment was completely covered in dust. The burning sensation at the back of my throat lasted for days."

You can find the full release, including comments from elected local officials, as well as the health department's report from November, at this link.

Tenant activists praise lead reform, urge for more protections from city against predatory landlords
Posted by Grieve at 6:56 AM


So - the contractor didn't see the dust in the first place, he had to be made aware ?
As a contractor - no one checked first what was in the dust ?
What kind of contractor is this ?
The kind that has no regard for human health and well being, that kind.

This does not surprise me at all, knowing what fine, upstanding people the Kushners have proven themselves to be! /s/

What I wish for Kushner is this: May all his karma come around very quickly.

And I wish better days, better health, and a better landlord to the tenants of this building.

I would blow a gasket. Horrible disregard.

These people don't care. It takes people with a lot of power who can't be bought or compromised to counteract them.

Good luck fighting this and getting restitution and keep hoping Kushner will get what's coming. Our corrupt mayor willfully ignored the malfeasance being encouraged by NYCHA officials about lead toxicity and the effects on the kids in those apartments, so it should not be a shocker how Jared felt he could pull the same renovation weaponizing to drive out tennats.

But really, unless NYC gets home rule, we're all at the mercy of the Real Estate Lobby. Using the LLC loophole, companies like Westminster can pour money into the coffers of upstate politicians. THEIR constituents don't care how they vote on rent laws.

Regardless of whether the dust contains lead; the contractor SHOULD have had a dust mitigation plan in place anyway.