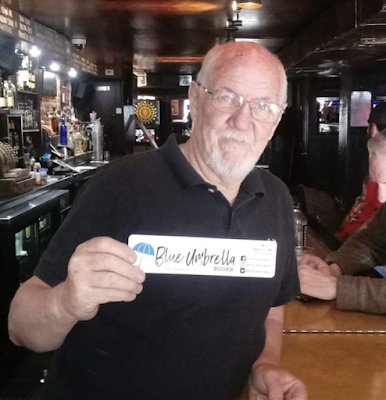 Brendan Cregan, a longtime daytime bartender at Bull McCabe's Irish Pub on St. Mark's Place, died last Wednesday night at Elmhurst Hospital in Queens. He was 64. According to a friend, Cregan died as the result of a fall on his way home in Woodside that evening.

Regulars at Bull McCabe's recall Cregan, a native of Northern Ireland, as the consummate professional with a sharp sense of humor.

"He had a wry, mischievous wit and a distinct twinkle in his eye as well as a serious nature," said Russell Atwood, a former daytime regular who also worked at the bar as a porter. "We got each other’s jokes."

Bull McCabe's has been a gathering spot for a group of artists and writers in recent years — especially during Cregan's shifts.

"He was a daily part of my life for the last 15 years," said the East Village-based Billy the Artist. "I got to know his beautiful loving family, and he was always interested in what was going on in my life ... like a caring father. He had a zest for life and adventure like no other and I will miss him dearly."

Visitation hours are tonight from 5 to 9 and tomorrow from 2 to 5 p.m. and 7 to 9 p.m. at the Edward D. Lynch Funeral Home, Inc, 43-07 Queens Boulevard in Sunnyside. A funeral mass will be held at 10:45 a.m. on Wednesday at St. Sebastians RCC, 58th Street and Roosevelt Avenue in Woodside. (More details at this link.)

Cregan is survived by his wife Debbie and sons Rory and Conor.

Bull McCabe's is planning a celebration of Cregan's life at a date and time to be announced.

Thank you to Steven for background help on this post.
Posted by Grieve at 5:30 AM

Bad time for Irish bartenders in the East Village. The Grafton also tragically lost their long time weekend bartender, Gary Gregg, to an aneurysm. He was 51.

Very sad to hear this news. Brendan will be missed.

Brendan was a very special person, and the memory of his kindnesses will be with me all the rest of my life. RIP.

Brendan was a good man, gone too soon. RIP.

Bull McCabes has been a watering spot for all walks of life... local workers, neighbors, stumbling tourist, security, construction, and those trying to follow their NYC dreams. Brendan was a master of ceremonies that brought his day ahifts to life. A worldly, cleverly mischievous guy that was always happy to see his regulars! Whose gonna cure my Monday hangovers now?

A good friend. August 15th... Just found out. I was with him at Bull on Tuesday before his demise.. So sad to hear. Shocked. He was a pillar. Dependable, always a good heart and pleasant with everyone that stopped in. Always had an ear for anyone's issues. So many will miss him and already do for sure. I was planning to call him tomorrow for a get together on Saturday near Wyndham where I'me staying for holiday. May the boys and the Mrs. know that we are with you and thinking of Brendan wish you all the best. Wish I was there to hug you. Too soon but such is life. I will plant a tree for him. Askold - AC