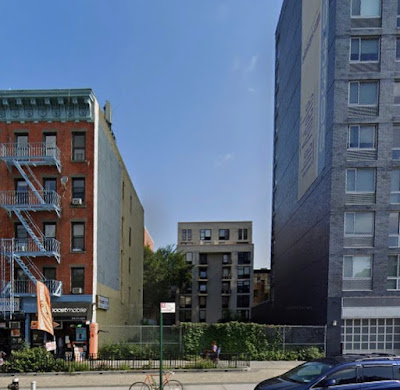 As we first reported this past Friday, a 14-story affordable housing complex is in the works for the long-vacant, city-owned parcel on Second Street between Avenue C and Avenue D.

On Friday morning, various officials kicked off the construction phase during a ground-breaking ceremony. Asian Americans for Equality is developing the long-empty lot after the Department of Housing Preservation and Development selected the organization in 2017.

From the news release:

The building’s facade features a layered system of stucco panels that play off of an array of metal panels with custom-perforated designs. Integrated active design principles include bike storage, easily-accessible outdoor green space and visible stairs and circulation pathways.

Building amenities include a shared roof terrace, a meeting space off of the main lobby and a laundry facility. The project features a resilient design with no basement, water-conserving plumbing fixtures and high-efficiency lighting fixtures. 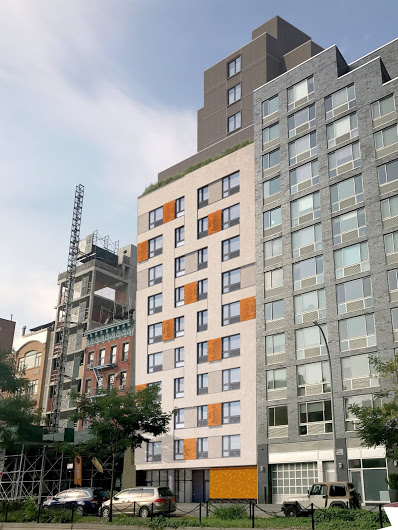 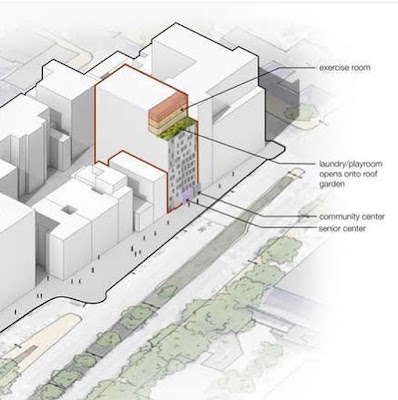 Here's a detail via Patch that wasn't included in the press materials:

In addition, officials announced that there's a second phase of the East Village Homes project, which is creating 10 additional affordable rental apartments on a separate site at 276 E. Third St. just east of Avenue C... 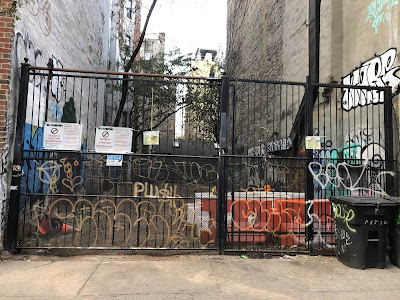 This is all fine & well but they need to have a maximum height for all buildings, luxury or affordable. The city is full. Our infrastructure cannot support more 14 story buildings.

And 10:59, while I'm here, height limits are nothing but aesthetic moralism. The idea that high rise buildings are too much for Manhattan(!) is absurd––our infrastructure is nowhere near capacity.

"And 10:59, while I'm here, height limits are nothing but aesthetic moralism. The idea that high rise buildings are too much for Manhattan(!) is absurd––our infrastructure is nowhere near capacity."

I mean when you consider that the tall buildings block out the sun, then yeah the city is pretty full. When those luxury buildings don't fill up because no reasonable person wants to live on the 50th floor. Midtown is a cold tundra in the winter months due to these tall buildings. Do you really want that everywhere?

The buildings will never be at capacity when you build up. They will take away other benefits of living in a neighborhood with low buildings, like Alphabet City for example.