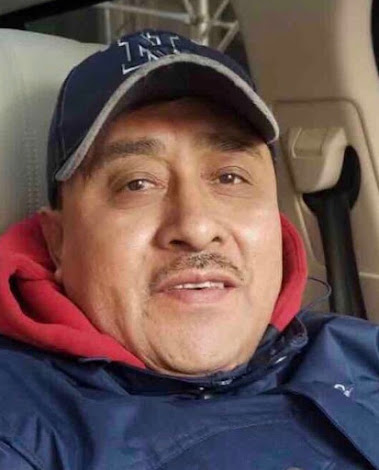 David Gonzales, a longtime employee at Frank Restaurant on Second Avenue, died on Saturday from complications due to COVID-19. He was 55.

He had been on a ventilator at Albany Medical Center since April 4.

Gonzales started nearly 15 years ago as a maintenance manager at the restaurant between Fifth Street and Sixth Street.

I don’t know what we are going to do without David. Before this pandemic I would never have imagined it even possible to not have David. He was another of my sons

My entire restaurant family is crushed. He was really a savior they called for help. We feel a huge hole in our hearts.

He is survived by his wife and six children as well as his mother. The restaurant has a GoFundMe account to help pay for his funeral expenses.

Gonzales is the second member of the Frank-Supper-Lil' Frankies family to die from COVID-19. Miguel Grande, known as the Pasta King at Supper on Second Street, died in late April at Elmhurst Hospital in Queens.

Shit. That sucks. Condolences to his loved ones. RIP man.

This is very sad, the loss of such a good man. I pray he will rest in peace, and I extend my deepest sympathies to his family.

I hope his family, friends, and co-workers will all find comfort in their time of sorrow. He will be lovingly remembered by many, many people.