The Athenian will not be reopening on 10th Street 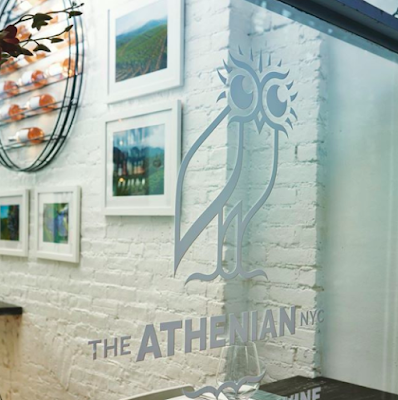 The Athenian NYC, the well-liked Greek tapas bar on 10th Street from the team behind the Immigrant, will not be reopening. It had been shut since the COVID-19 PAUSE went into effect this past March.

"There wasn't enough clarity from the state/federal governments on re-opening plans to give us confidence moving forward," owner Jason Corey told me via email. "Although we loved our space and poured our blood and sweat into it (no tears), our lease was coming due and we decided not to renew."

The Athenian debuted in February 2018 at 224 E. 10th St. between First Avenue and Second Avenue. Before Corey opened the Immigrant Wine Bar on Ninth Street in 2009, he tended bar at Molyvos, a Greek restaurant near Carnegie Hall, and spent time there getting to know and appreciate Greek wines.

Meanwhile, the Immigrant continues on with outdoor dining (and takeout and delivery) on Ninth Street between First Avenue and Second Avenue. And Athenian fans will recognize Chef Max, who's now helping out behind the scenes at the Immigrant.
Posted by Grieve at 5:50 AM