The Horsebox closes on Avenue A 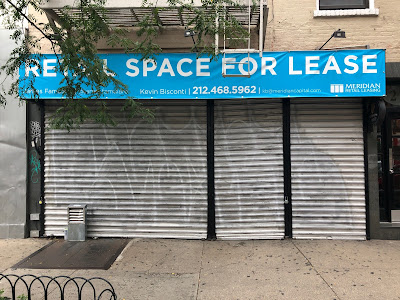 A for lease sign is now draped across the front of 218 Avenue A here between 13th Street and 14th Street (the listing via Meridian Retail Leasing is not yet online).

The signage officially marks the end of the Horsebox, the sports bar that opened in the spring of 2010 ... and that celebrated its one-year anniversary with a toga party.

The bar had been closed since the PAUSE went into effect in March. This also makes the third consecutive storefront for lease on the east side of A between 13th Street and 14th Street... 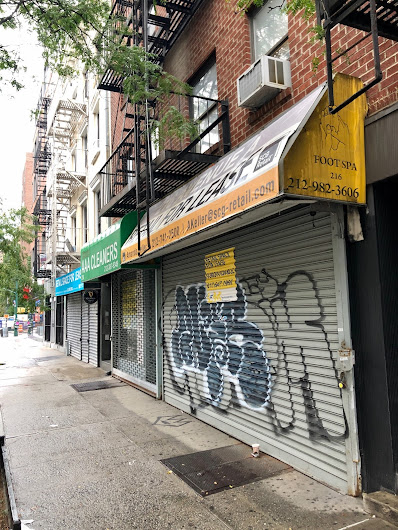 Email ThisBlogThis!Share to TwitterShare to FacebookShare to Pinterest
Labels: bars that are now closed, closings 2020, the Horsebox

Another business gone on that strip. How is any business going to survive the coming months? I am worried about my dry cleaner and laundromat and Boris & Horton. I think some of the bars and restaurants will hold on until fall but what happens to them if there is another wave of infection and when it gets cold?

It is crazy 6 months ago with Ltrain subway entrance open - you would think this would become a hot block .

Should've have had a Toga fiddling closing party.

A few years back, we stopped at the Horsebox for a nightcap on the way home - it was the only place that was quiet late on a weekend night. We ordered Black Russians and they arrived in pint glasses. Pint glasses! Took mine home and am still working on finishing it. RIP the Box.

Sad news. Where I went to watch Ravens as the owner was from Baltimore.