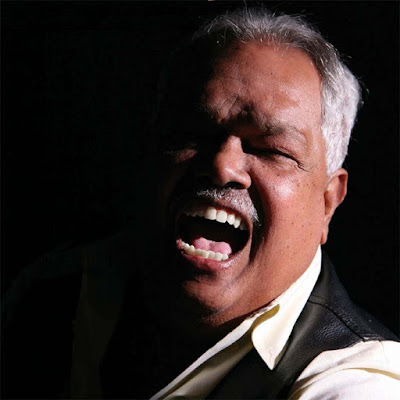 Miguel Algarín, who founded the Nuyorican Poets Cafe in his Sixth Street apartment in 1973, died on Sunday. He was 79. A cause of  death was not revealed.
The Nuyorican website has more on the the poet, activist and educator:

In his Lower East Side apartment, the Nuyorican Poets Cafe was born as an outspoken and passionate collective of poets, musicians, theater artists and activists.
Miguel was a brilliant poet, an influential professor and leader, and a supportive mentor who inspired and guided generations of artists.
He edited popular anthologies of poetry and theater, including "Aloud: Voices from the Nuyorican Poets Cafe" and "Action"; he helped launch the Nuyorican Literary movement; and he played an instrumental role in popularizing spoken word and performance poetry across the United States and around the world.
Miguel and the Cafe's co-founders amplified the voices and championed the work of Latinx, Black, LGBTQ+ and immigrant artists who were not accepted by the academic, entertainment or publishing industries.
Thanks to their pioneering work, and thanks to our community of friends and supporters, the Cafe has remained a vibrant home for creative expression since 1973.
The literary world owes Miguel a debt of gratitude. He will be greatly missed.

In a December 2018 feature, the Times provided some history of the Cafe, which is now temporarily closed during the pandemic on Third Street between Avenue B and Avenue C:

In the early 1970s, Algarín ... began inviting other Nuyorican poets to his apartment on East Sixth Street for readings and performances. Algarín and his contemporaries, including Miguel Piñero, Pedro Pietri and Lucky CienFuegos, were part of a growing artistic scene in what was then a primarily Puerto Rican neighborhood, drawing on their identities and daily struggles for their work.
The salon quickly outgrew Algarín’s living room, so he and a few other artists began renting an Irish bar down the street to fit more people. In 1981, they bought their current building on East Third Street and, after a lengthy renovation process, formally opened it to the public in 1990 as a space for Nuyorican poets to experiment and hone their craft.

Algarín was born in Puerto Rico in 1941. His family moved to the Lower East Side in 1950.
According to his official bio, he was Professor Emeritus for his more than 30 years of service to Rutgers University. He also received three American Book Awards.
There were many tributes yesterday on Twitter, including...

We offer our deepest love, thoughts and prayers to the friends and family of Miguel Algarin. Founder of Nuyorican Poets Cafe, his work continues to influence and inspire poets, and artists alike, across the diaspora. pic.twitter.com/xsifZXj9eX