At the last day of self-defense class 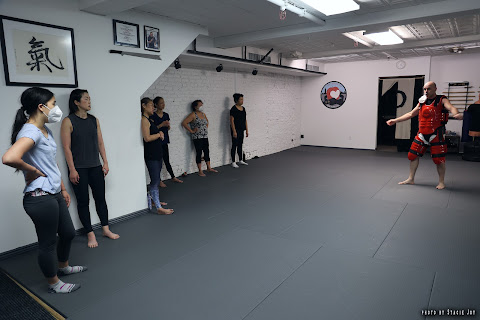 Photos by Stacie Joy
With the increase in hate incidents against Asian Americans during the pandemic, Glenn Genovas, an East Village resident and owner of Sei Shin Dojo on Avenue A, decided to offer free self-defense classes for AAPI women.
The eight-week course started in April... with the last session taking place last week. EVG contributor Stacie Joy stopped by to watch part of the class, in which Genovas donned a helmet and padded suit and put their training to the test... 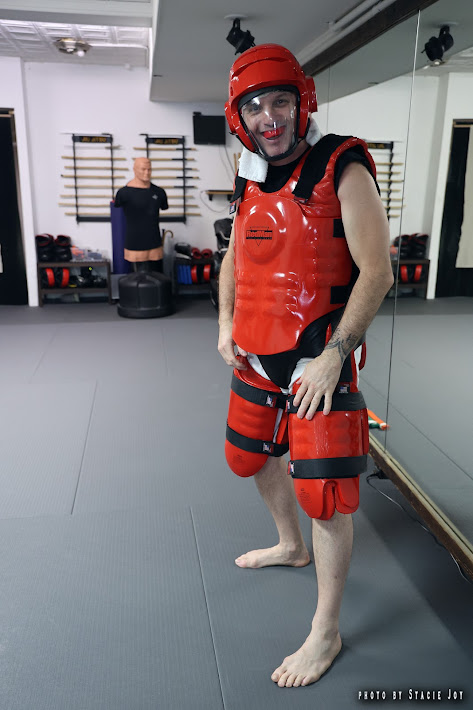 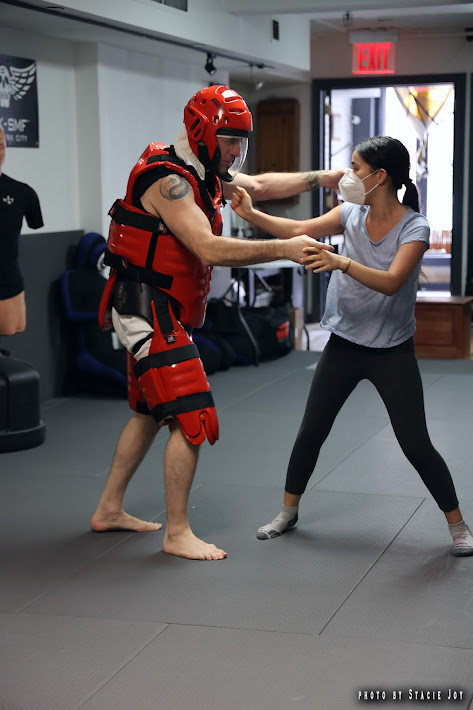 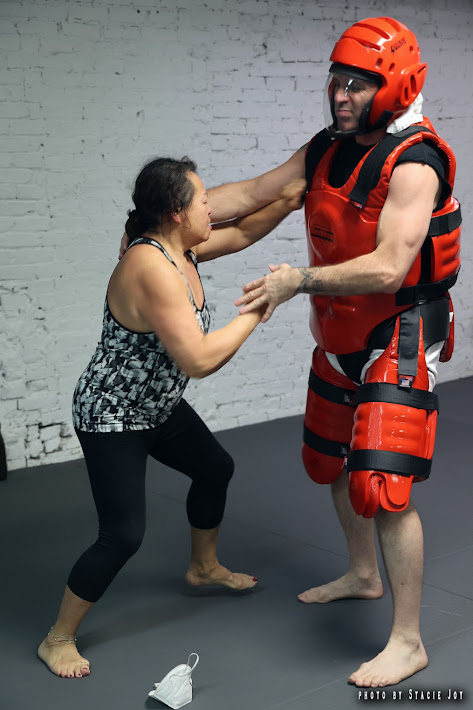 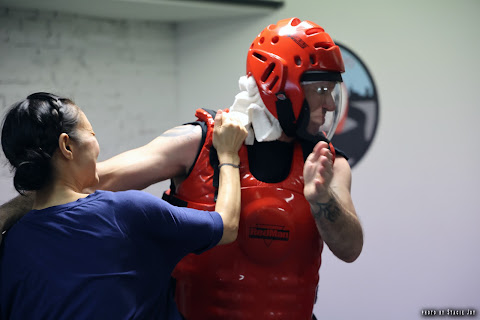 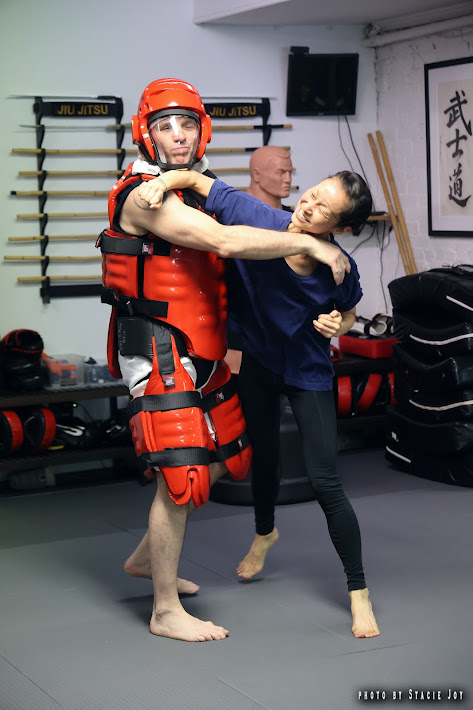 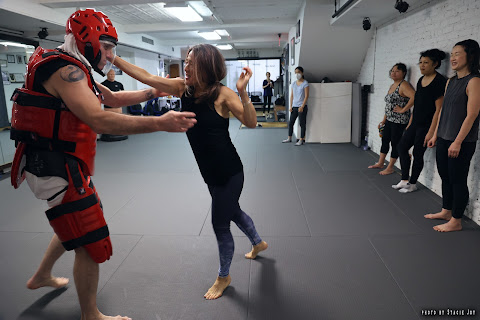 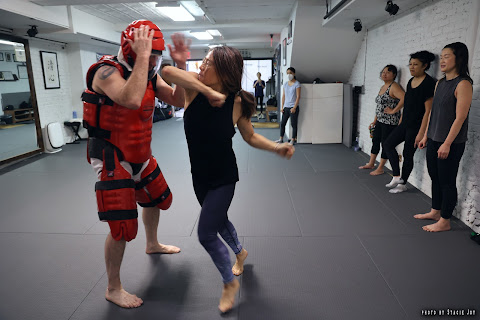 The instructor said he was impressed with the results.
"They put all those weeks of training into one actual self-defense application," Genovas said. "One of [the students] hit me so hard that she broke my face shield. In case you are wondering, it was repeated elbow strikes that cracked the face shield."
According to a new report from the Asian American Bar Association of New York, there were 233 reported attacks against Asian Americans in New York City in the first three quarters of 2021. Of those, only seven have led to hate-crime convictions to date, per the report, as CNN covered.
The Bar Association's analysis showed that most reported anti-Asian incidents were in Midtown, with around 55% of the incidents involving a female victim.
Posted by Grieve at 11:30 AM

Funny watching him Smirk as he is getting a Knee in his Groin.

Well done, all of you! I hope you never need to use these skills, but it's very valuable to have them. I'm also sure you have a high level of alertness/awareness. (Bet you won't see these ladies wearing headphones while they're out & about.)

And sometimes the unspoken VIBE you give off when you know self-defense is enough to deter some of the baddies.

Well, now that image of Sensei Glenn with the red mouth guard will haunt me forever.

Good going getting some fight back skills!

Well done giving free classes to these women. May stop bu and get some lessons myself.