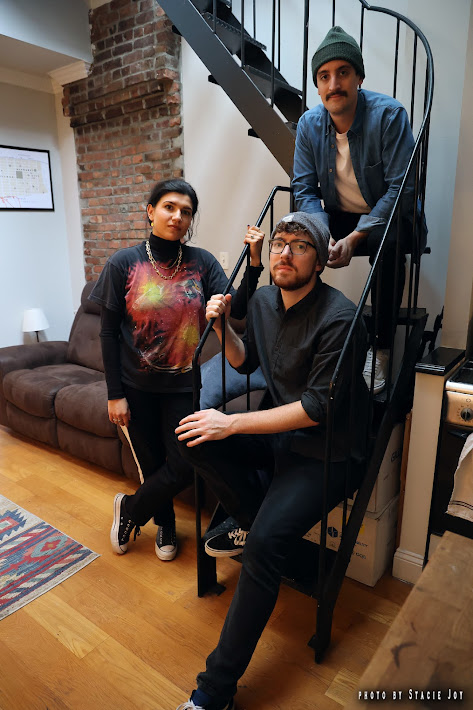 Interview and photos by Stacie Joy
Sauce City is a new East Village-based indie-soul band with a history that spans back to middle school.
I met the core members as they prepped for rehearsal at guitar, trombonist and vocalist Eric Ratner’s apartment with Kirin Dombek (lead vocals) and Paul Gregg (keyboard, guitar and vocals).
Ahead of a show Tuesday night (Jan. 24) at the Mercury Lounge, the band collectively discussed their origin story as well as how the neighborhood inspires them. 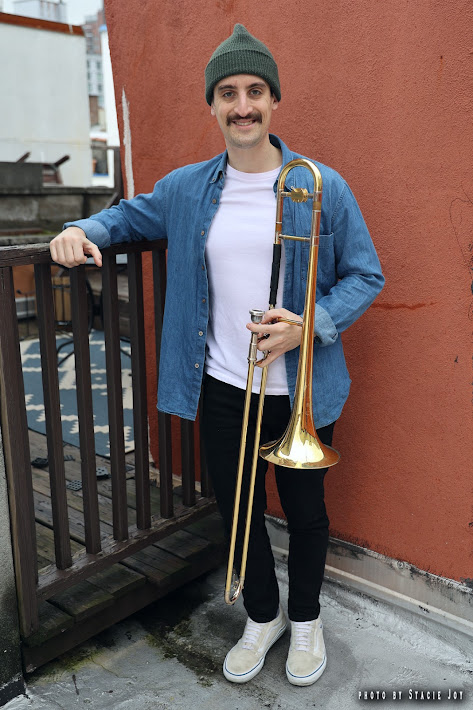 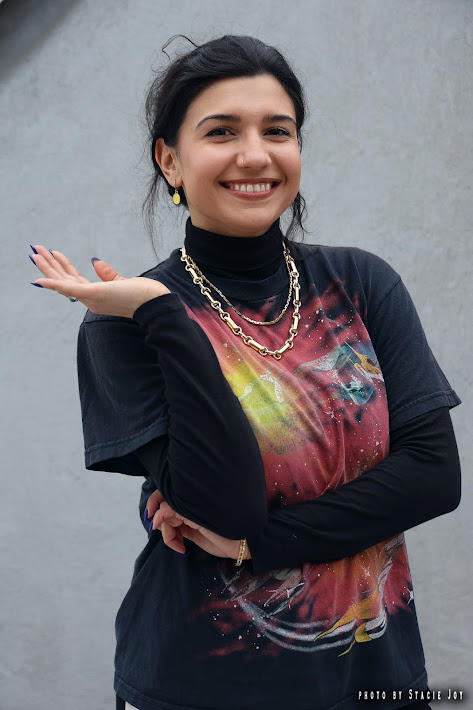 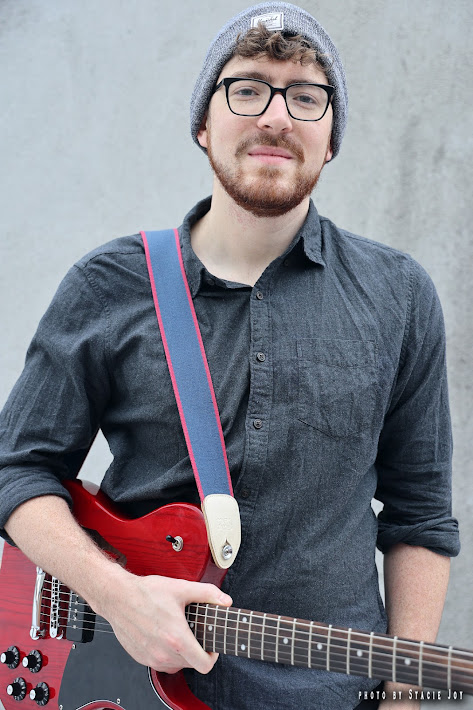 [Paul Gregg]
On the band’s origins:
Paul and Eric were just middle schoolers when they met at a band camp on Long Island. They remained friends throughout Paul’s move to Singapore and later to Washington, D.C., where he started a band that toured around the country, and as Eric moved to South Korea, where he played guitar and started an open-mic charity event (proceeds supporting the MDream Orphanage and Children’s Home).
Meanwhile, while Kirin was studying classical singing and opera in Washington, D.C., she met Paul in their collegiate a cappella group. They started singing together, and soon after, started dating! Kirin, Paul and Eric all moved to NYC and knew they needed to start a band together.
After networking with a drummer and bassist, they all started jamming together in April of 2022 and Sauce City was born. Fun fact — Kirin and Paul are getting married this year!
About the name:
We chose the name Sauce City because we love sauces more than food and we love playing music in the various cities we’ve each lived in.
On the Sauce City sound:
Our sound is heavily inspired by some of the greats of soul, funk and R&B: Bill Withers, Rufus and Erykah Badu to name a few, and we love to incorporate other influences from modern indie artists to give us an extra edge.
We like to refer to our genre as indie soul. We’ve been fortunate enough to play at some great venues [Heaven Can Wait, Nublu, The Bowery Electric, Triad Theater] in our first year as a band. The reception has been really positive so far, and we’re excited to take everything to the next level in 2023.
On playing in the East Village:
The three of us are locals in the neighborhood, so we’re lucky to have some of the most exciting venues for indie artists right at our doorstep. It goes without saying, but the East Village is steeped in American music history, so being able to perform in the shadow of that history is humbling and very unique. 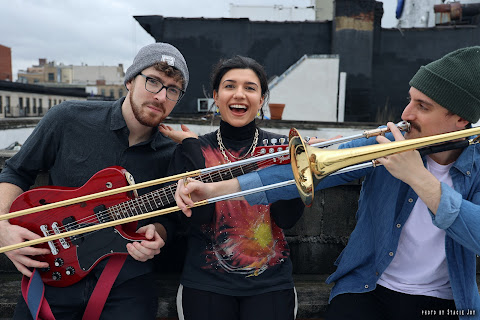 On Tuesday’s show and what's next:
We will be playing alongside our friends, Brass Queens, a New Orleans-inspired band with an all-female horn section. We are also excited to get into the studio this month to record our first single, “House of Dogs.” Look out for Sauce City on Spotify and Apple Music in February! And of course, we are looking forward to more exciting shows collaborating with other bands we love at venues in the city and beyond.
Posted by Grieve at 11:30 AM

How cute are these three?? Good luck guys.

Such a talented trio!

An awesome and very talented group!!! Love Kirin’s soulful voice and the band’s sound is so inspiring!!! All the performances so far were amazing and we are really looking forward to the upcoming ones!!!

So so much talent

They are even better live!! Be sure to see them before they become a household name!!

Awesome performers!!! Kirin has such a soulful voice and this trio has got the talent to create a beautiful sound. All their performances were inspiring and entertaining and we can’t wait to see the next one!!! Got a forever fan of Kirin’s amazing voice and this group’s musical performances.

Seeing them live is such an amazing experience! Enjoy the performance!!