Will it ever snow again? 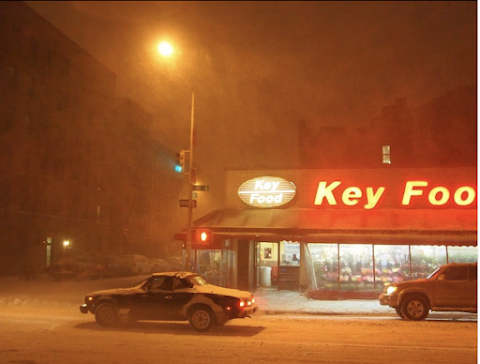 We posted this photo from Avenue A and Fourth Street circa January 2010 on Instagram the other day (we left out the D on Food in the original shot — Key Foo!).
And several people reminisced about when it used to snow in NYC in January.
For awhile it looked as if we might get at least some flurries today... but the forecast later changed to all rain. And wind!
Obviously all this hasn't gone unnoticed. Gothamist noted this lack of snow last week.
And per AccuWeather on Monday:

The Big Apple is just days away from breaking a record that might seem unimaginable: the latest date to see measurable snowfall in recorded history. While the city has seen precipitation since the winter season officially began, it has primarily come in the form of rain instead of snow due to abnormally warm temperatures. At the official weather station in New York City's Central Park, no measurable snow has been recorded this winter, only flurries.

While the city has gotten cold enough for snow throughout this winter season and some flurries have been spotted, the most the city has recorded at its official location in Central Park is a trace of snow, which occurred as recently as Jan. 14. But a trace amount of snow does not count as measurable snowfall, which brings New York City to 320 days in a snow drought as of Jan. 24, the second-longest snowless streak on record for the city. The longest snowless streak lasted 332 days and ended on Dec. 15, 2020.
New York City is also nearing the record for the longest stretch into the snow season without seeing more than a trace of snow. The latest date on record was Jan. 29, 1973. The 2022-23 season currently stands in second place after outlasting 1871, a year when snow was not measured until Jan. 21.

Jan. 21, 1871! (We were at McSorley's that day, figuring it would be going out of business soon. Who wants two mugs of beer at once? What a waste!)

For now, the next chance of snow is in the forecast for Feb. 2.
Meanwhile, we'll always have photos... ah! 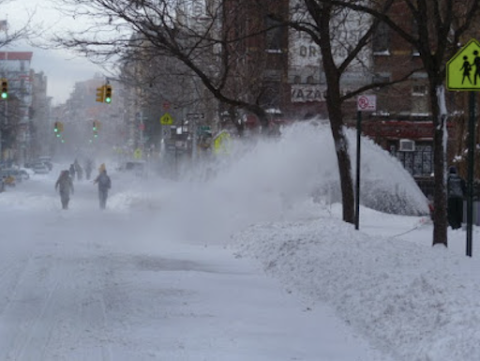 According to ABC7 meteorologist is was 321 days in a snow drought as of Jan. 24.

Great picture
I want to meet the brave crazy soul who was driving a Fiat convertible in that storm!

Well, well, well. Looks like you guys summoned the snow.

I am not missing snow in the slightest. It can stay far away for all I care.