Sin Sin/Leopard Lounge is on the docket for the CB3/SLA meeting next Thursday for a liquor license transfer...

Stuart Zamsky, president of the East Fifth Street Block Association, calls the bar combo on the corner of Fifth Street and Second Avenue, a "notoriously bad neighbor."
Among the alleged disruptions: "Night after night of screaming, shouting into cell phones and loud music" and "fist fights are a common occurrence." (Their website advertises hosting birthday parties fro groups of 15 to 300.)

Zamsky is asking for residents who are directly impacted by Sin Sin and live in close proximity to it (on Fifth Street or Second Avenue) to sign the online petition (and include your building’s address with your signature). The petition is here.

You can also write a short letter entailing the difficulties you experience due to Sin Sin and forward it to Zamsky: east5thstreetba@mail.com

If you live in the neighborhood but not necessarily in close proximity to Sin Sin, Zamsky says you can write a short letter entailing the difficulties you experience due to the proliferation of bars in your East Village/Cooper Square neighborhood and forward it to him: east5thstreetba@mail.com.

As Zamsky says: "Sin Sin received its license before the East Fifth Street Block Association began getting asking to agree to stipulations regarding their methods of operation. This license transfer application is the neighborhood’s opportunity to sit down with the operators and get them to agree in writing to conduct their business in a fashion that will allow residents to experience peaceable nights."

Previously, the East Fifth Street Block Association worked with the Lit Lounge owners on becoming better neighbors. You can read about that right here. 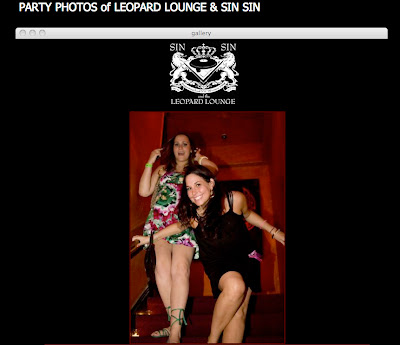 I suspect the worst offenders at these places are the people at the "private parties" that they host. They seem to attack the greatest amount of douchebags.

The clubs make alot of money off of these, but I wonder if the risk of being shut down due to noise complaints isn't too great at this point.