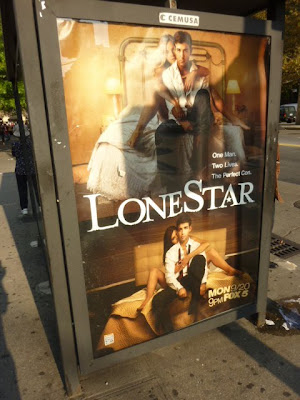 Despite positive reviews, the show's debut episode tanked in the ratings... And the show's creator, Kyle Killen, wrote a plea on his blog for people to watch tonight....

One of the show's stars, Eloise Mumford (the blonde), lived in the East Village for several years, until she moved to Texas to film this show. She's an Atlantic Theater Company alum. This is her first big role... the show's on tonight at 10.
Posted by Grieve at 6:30 AM