Well, there have been some ugly accusations leveled against the proprietor of this website, EV Grieve. Given recent posts, some people are under the impression that this is a pro-cat, anti-dog site. Simply not true!

Uh, but seriously, the folks at East Village-based phoDOGraphy recently posted a set of pics titled "New York City Street Dog Photos, 1985-1999." As they note: "My neighborhood (the East Village/Alphabet City) would be unrecognizable to anyone who left in 1985. Photos from the dawn of phoDOGraphy reveal a much darker place, before there were restaurants and grocery stores with whole wheat bread."

And they gave us the OK to post a few photos from the set...so here are a few doggy (and ducky!) shots from the East Village... 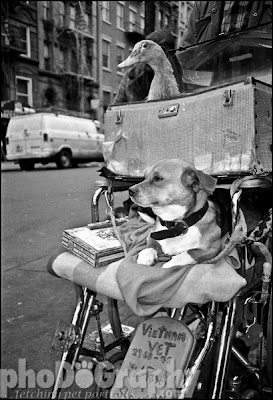 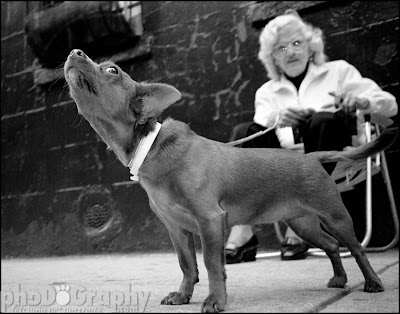 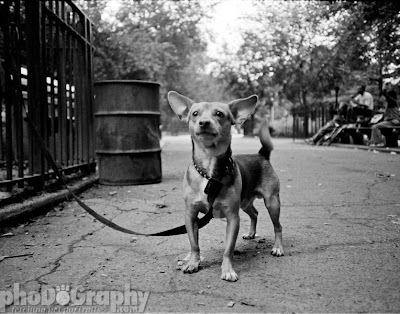 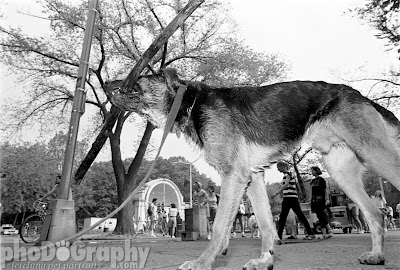 Cat lovers, take note.... according to Mark at phoDOGraphy: "We have 7 cats, and I will eventually have a gallery of unusual cat portraits online, so stay tuned."
Posted by Grieve at 6:50 AM

I find your coverage of both dogs and cats is thorough. That said, you rarely write about ferrets. :)