The space formerly known as Rhong Tiam on Fifth Street and Second Avenue was all lit up last night... as if it was — open! 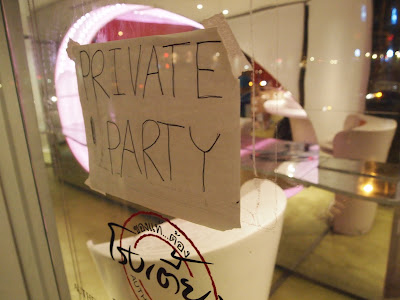 The space is being cleaned up.... and some of the garish fixtures have been moved around... 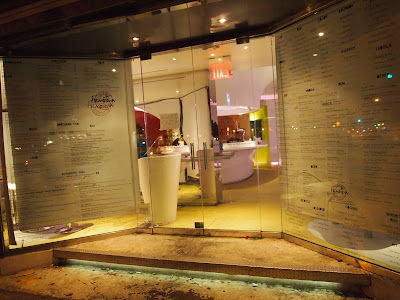 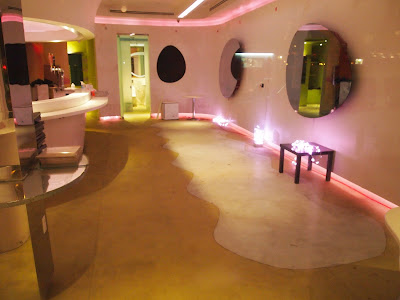 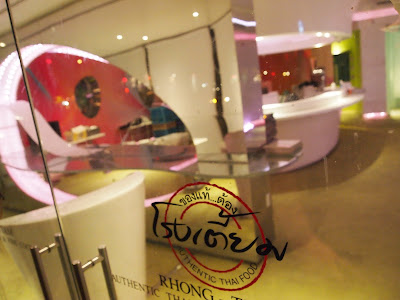 I asked a worker if they were reopening. He said no. Then he said a new place would be open next month.

"Andy Yang tells us he has closed the East Village outpost of Rhong Tiam. “It was a miscalculation,” he says of its predecessor Kurve, with its infamous Karim Rashid design." He's also considering whether to remodel it (bringing the kitchen upstairs) and reopen it with a less off-putting décor, or to simply let go of the space.

Looks as if he is going the remodeling route.
Posted by Grieve at 6:47 AM

HATED the nail-salon ambiance. And please, for god's sake ditch the old DJ/Playlist and turn the volume down a notch.

Other than that. AWESOME!