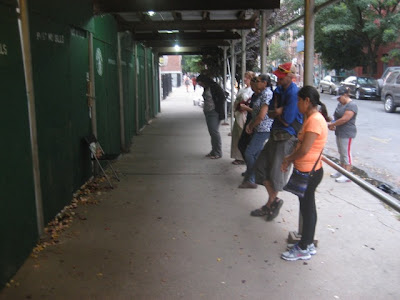 Back on June 21, the scaffolding and sidewalk bridge arrived on East 12th Street ahead of the demolition of Mary Help of Christians... despite this, former church regulars continued to hold their daily sidewalk prayer service ... like last night... (something that the group has been doing since the end of 2007)... 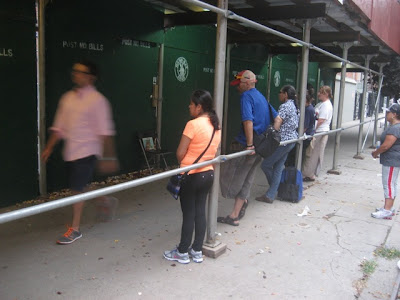 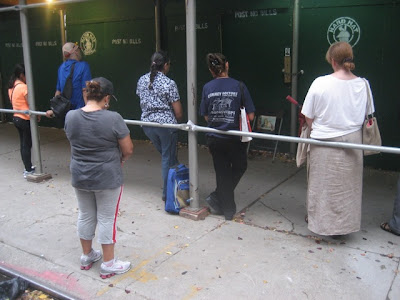 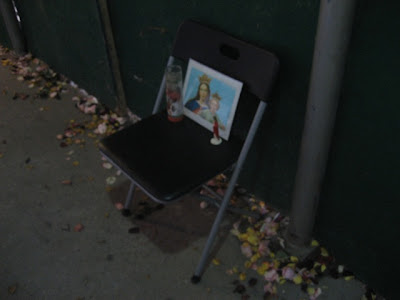 Neighbor Anton van Dalen, who took these photos, notes that the remaining faithful will hold their last sidewalk rosary vigil tonight at 7.

He shares the following:

Lately many of us have watched in horror as one of our neighborhood's churches is being violently torn down.

Especially difficult for some of our neighbors whose stations of life were honored and celebrated where now is only debris.

The Mary Help of Christians Church had been a steady presence for generations in our ever changing neighborhood.

Generations of immigrants formed communities there to help each other find a path into the American dream.

For more then a year now I have watched them quietly gather and pray outside exposed to every kind of weather.

They are the very last few of an once huge vibrant mostly Italian, Irish and then Puerto Rican community.

So [tonight] they will gather for the last time in front of what was their church and recite the rosary once more.

I will be there, as I hope many of our neighbors, to pay respect to the dignity of their expression of community and its history. 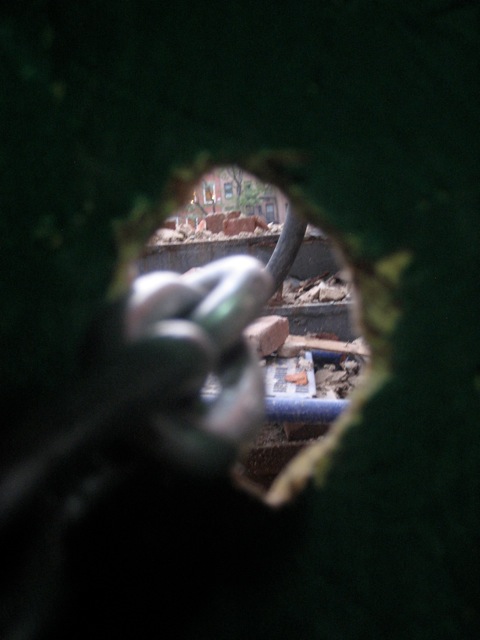 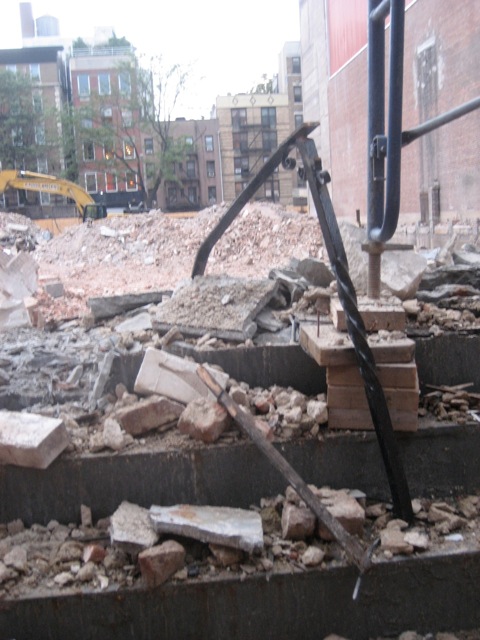 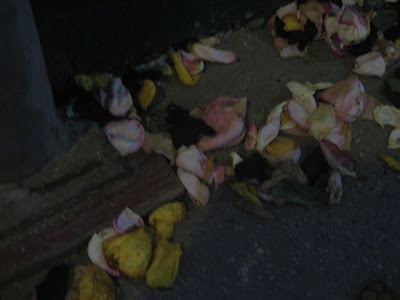 Bob Arihood captured the parishioners on film several times for Neither More Nor Less... 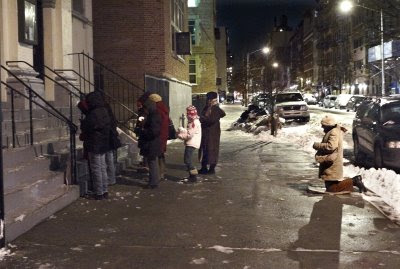 Find these photos here... and here.

Scaffolding arrives for demolition of Mary Help of Christians

The 'senseless shocking self-destruction' of Mary Help of Christians
Posted by Grieve at 5:59 AM

Maybe Mary will start appearing in the East Village. We should keep our eyes open, and our cameras ready. (I wonder if she can be photographed?)

I'm sure that if a 7-11 or Westville or an artisanal gastropub were to be demolished to be replaced by a glass condo, 7:59 am and her likes will be holding a procession and weeping over it.

Respect for what? I thought anon has a good point...

If these efforts are to have an effect.. you need to proclaim siting of a crying Mary pleading for subsidised housing...