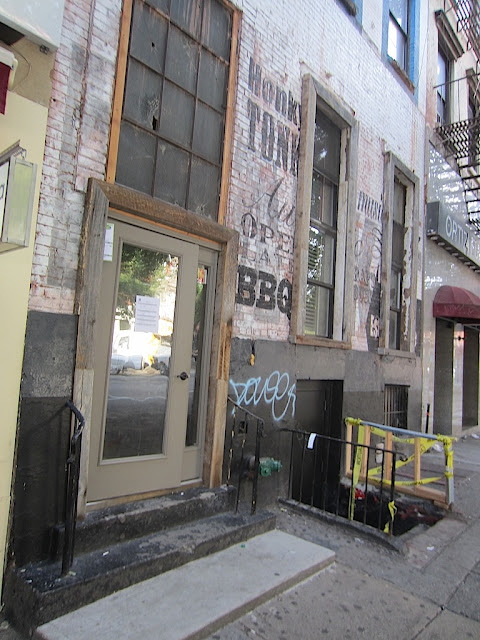 News came down last week that celebrity chef Myron Mixon was leaving the BBQ restaurant that bears his name... in the subsequent lawsuit, Mixon is accusing his partners of trademark infringement, breach of contract, and misappropriation of name and likeness, among other things.

All this has thrown into doubt the future of Pride and Joy BBQ in the former Lucky Cheng's on First Avenue... while matters are still being sorted out, someone from the group may want to pay ConEd — a notice on Pride and Joy's front door shows that they have an unpaid bill of $4,900. 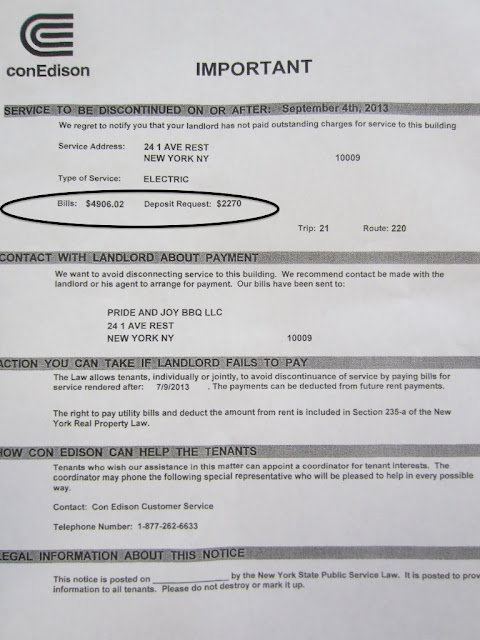 Pride & Joy BBQ update; and one idea for Dolly Parton drag queens and bathtub moonshine
Posted by Grieve at 5:27 AM

Whoa! This place owes almost $5,000 and ConEd might discontinue service? I get these notices if I owe $200!

Serious question: How do you even use that much electricity? Or does ConEd play the greasy landlord game and charge "key money"?

Does this mean no Dolly Parton drag queen waitresses?