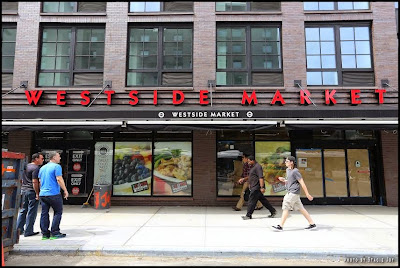 In recent weeks, reps for Westside Market have invited local media outlets to preview the new store opening this month on Third Avenue at East 12th Street. We decided to take them up on the offer.

George Zoitas wasn’t sure if quotemaster Peter (“the Cheese Guy”) would be able to put Grateful Dead quotes on his cheese packages at the new Westside Market, opening soon at 84 Third Ave. 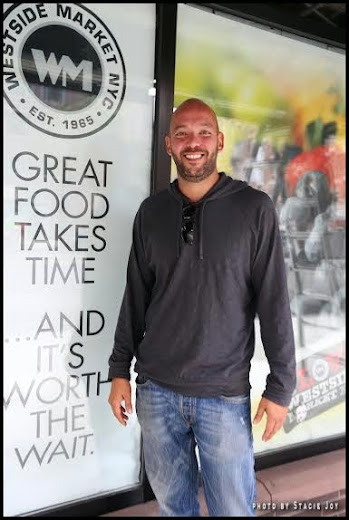 It was my first question in our interview and one that seemed to surprise him. The Dead quotes are an unusual touch that I recall from shopping in another Westside Market location. That and the fact that there were plenty of vegetarian options and a pizza bar, not to mention a live-lobster tank.

George's parents, Ioannis (aka Big John) and Maria, opened the first Westside Market on Broadway near 110th Street-Cathedral Parkway in 1977. The East Village location is the family's fifth location.

George and his brother-in-law, Jimmy Beleses, are managing this store, which they want to be a one-stop destination for East Village residents.

That looks possible, with seriously credentialed pizza ovens, a sushi section, a separate vegan area, convenience items, a juice bar, and lots and lots of prepared foods (helmed by Maria, who is also famous for her cheesecake) filling up the 15,000-plus square foot space.

Prepared foods are made at the on-site kitchens in the lower level (so much stainless steel!) and blast-chilled in enormous fridges before sale. Big John handles the produce section, which although empty when I went to photograph it, looks potentially amazing. 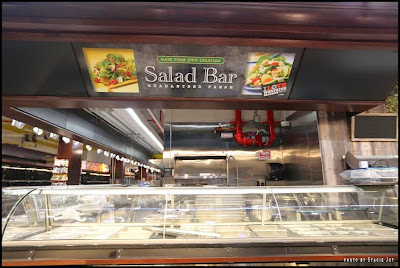 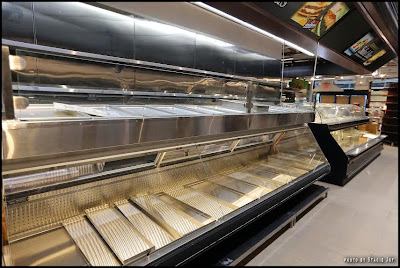 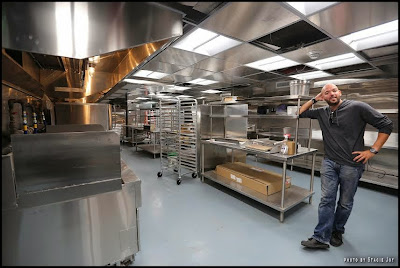 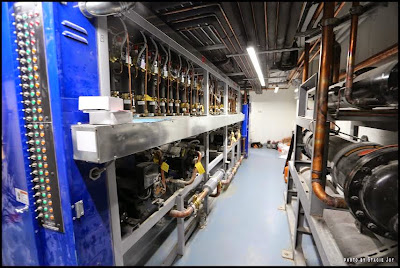 George moved to the neighborhood for the year prior to the store’s opening, and says he’s ready to cater to the East Village’s special needs (see aforementioned vegan section). He says he loves the neighborhood and is passionate about serving the area’s denizens.

When I asked him what makes his store different than, say, Whole Foods or Trader Joe’s two short blocks away, he says that the family has the ability to buy from many suppliers, vendors and providers, and aren’t locked into carrying certain brands. In addition, he says that each Westside Market has its own buyers, so nothing is centralized, making for a localized experience.

Some things that make this supermarket different: no self-checkout lanes, which I appreciate; the new and eco-friendly compressors and water-cooled machines and dedication to environmentally friendly processes; the ability to order and stock customers’ preferred favorites, like a particular brand of cat food, your kid’s yogurt, or a cleaning product that’s hard to find (suggestions are welcomed by the Zoitas family). And the fact that it’s a family owned and operated business, with George crediting his parents for his knowledge and achievements.

The market plans to open this weekend and will be open 24 hours a day thereafter. Updated: Reps say the market will not be open for a few more weeks. We'll keep you posted. 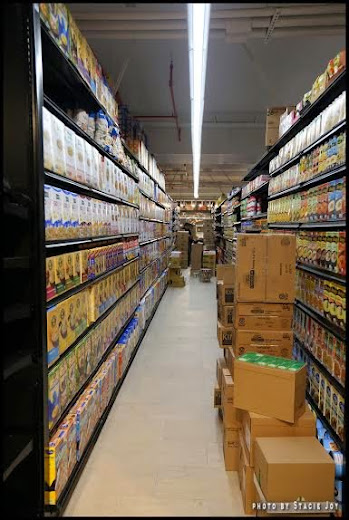 lookin good, sounding good. might have to cook a lobster at home for the first time now!

Glad to hear about the local orientation. Vegan and vegetarian options are great.

Selling live lobsters, however, promotes unacceptable cruelty. I won't support this store if they sell these.

I wonder if this will make a dent in Trader Joe's and Whole foods' business?
I pretty much stopped going to TJ's this year not because of the crowds and long lines but I was able to assess what I was really buying there and decided there were just a few special things that made it worth the trip. I never enjoyed Whole foods either but it had more to do with the feeling of shopping with the crowd from Times Square rather than your neighbors. This place has peeked my interest. Welcome to the EV.

There are a lot of things I like about Westside Market's approach, and I wish them continued success.

That said, the dent I worry about is how it will affect East Village Cheese. I am very fond of that place and it kept my mini-refrigerator and small pantry stocked for over two decades.

Unfortunately, East Village Chesses is not what is used to be. You have to watch the expiration dates, and the prices are not that good. I remember when they first opened, the quality has gone down.

When exactly does it open?

As someone who lives 1 block away I've been looking forward to their opening. Love that they will be open 24 hours a day. Welcome to the neighborhood.

I asked yesterday on my walk to work, and someone said, "In about two weeks", however, there is certainly food inside. It seemed strange to have perishables in a store that won't be open for that long.

This is great news, but how did they manage to put together an entire supermarket carrying thousands of items in just a few short months, while DF Mavens single item ice cream-free ice cream shoppe on St. Marks Place is still boarded up and under construction a year later? The must know something that high-priced ice cream consultants do not.

Actually, I have to agree with Anon 11:57 as well; selling live lobsters does promote unacceptable cruelty—as well as depleting our oceans of marine life. There's just no way around that one, kids.

To Giovanni: I wonder too about these stores that are papered up for months on end; there's a Gourmet Garage scheduled to open some time before the end of the year down on Broadway and Franklin.

It's been papered up for about nine months now, meaning it should be "due" any time now! How do these corporate chains do it?

This lobster "debate" is the same as the bendy tree one, pointless.

Lobsters are bottom feeders, they eat dead stuff...traditionally, these organisms, so delicious when dipped in melted butter and lemon, were used as fertilizer, they would washup on the beach by the thousands. They would enjoy eating me if I was dead on the bottom of the sea, but since I'm at the top of the food chain, I will enjoy eating them.

I said it before and I'll say it again: I don't eat anything with an exoskeleton!

How do you determine which chains you support and which you vilify?

Yeah, I have to back up 3:55's question. Like god forbid you say you like Whole Foods on this website. You're automatically a yunnie. Even though WF store brand is a really good product and value and it is totally possible not to go "whole paycheck" there if you're not an idiot.

I really like Westside -- I'm at the 7th Ave/14th one several times a week -- but if anyone thinks Westside is cheaper than Whole Foods they are in for a very rude awakening.

I'm not here to defend Trader Joe's though, that place is a joke.

I agree with Giovani. What the heck is going on with DF Mavens?

Dear OCTOBER 3, 2014 3:55 PM and 5:54 PM: "The problem with Whole Foods is their regular customers. They are, across the board, across the country, useless, ignorant, and miserable. They’re worse than miserable, they’re angry... a sneering, disdainful horde of hipster Zombies and entitled 1%ers."