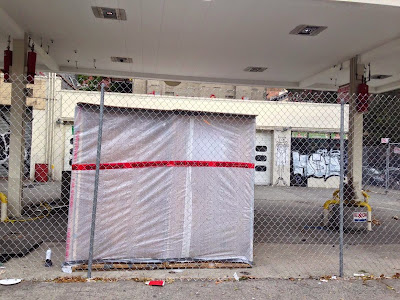 The orders were put in yesterday to take down the station here on Second Avenue at East First Street. (So enjoy the graffiti while you can! And be mindful as workers remove the asbestos!)

However, permits for a new building are not on file yet with the Department of Buildings.

Report: 50,000 square feet of condos coming to the former 2nd Avenue BP station
Posted by Grieve at 5:10 AM