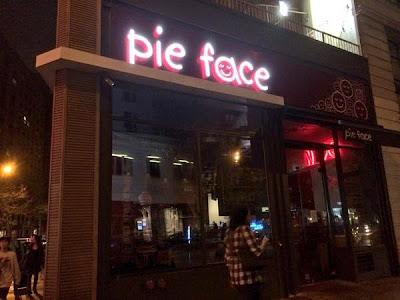 The Pie Face on Fourth Avenue and East 13th Street quietly closed this past weekend. (Apparently several other locations closed as well.) 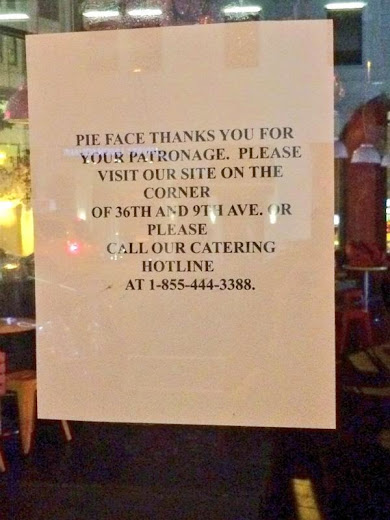 Anonymous said...
Don't want to buy something with a name called pie face. It was lost in translation?

Pikachu de Gallo said...
Meat pies and coffee? Their business model was to give people the shits?

Mrs. Mooney has a pie shop
Does a business, but I notice something weird
Lately all her neighbors cats have disappeared
Have to hand it to her, what I calls enterprise
Popping pussies into pies

You're welcome! I can't wait to walk all the way to the other side of town for something I was only mildly interested in in my own neighborhood.