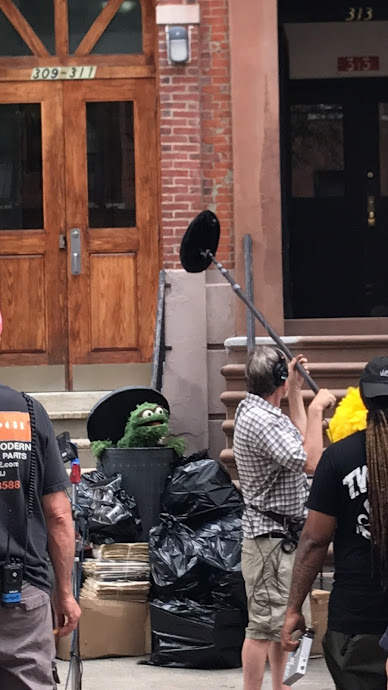 Crews were (are?) out on Sixth Street between First Avenue and Second Avenue today ... filming something with Oscar the Grouch ... Vinny & O shared these photos... 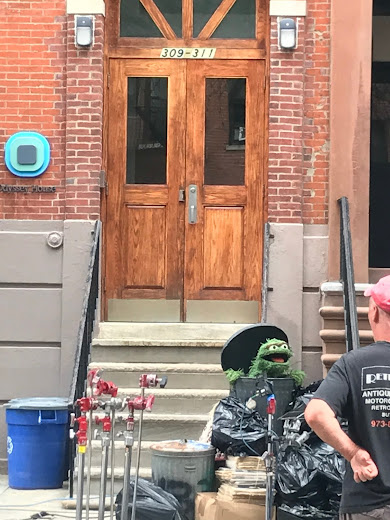 Oscar doesn't have a nose, as you may have noticed these past 48 years, and we can reveal that he also doesn't have legs... 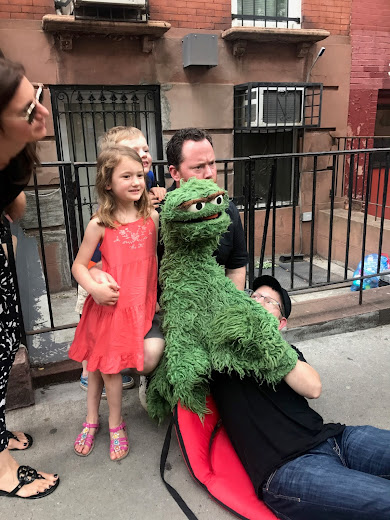 And Oscar can never be far from his pal Big Bird, who was also spotted being filmed... (not in character yet here..) 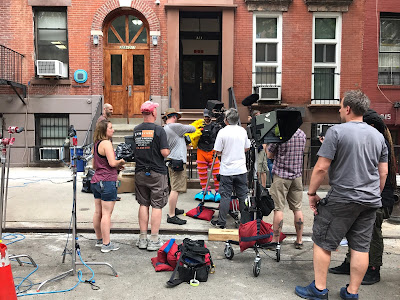 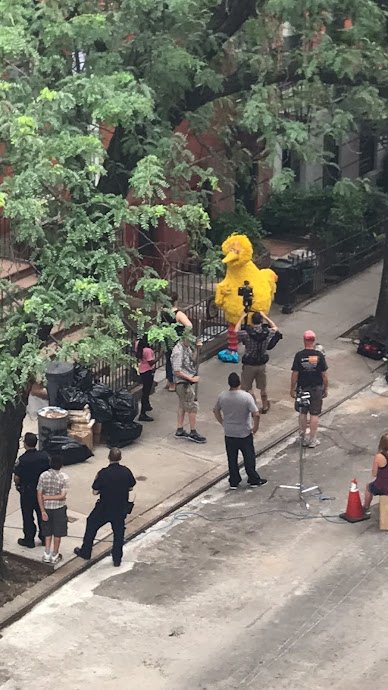 Just about the entire "Sesame Street" cast was in Tompkins Square Park last month to film a commercial for the Chrysler brand of automobiles.
Posted by Grieve at 1:25 PM

YAS I love Big Bird!!! His pervasive sense of melancholy (and his happy yellow feathers) really reached me as a kid. What? That's a totally normal thing to say, shut up.

Raised on channel 13 here in the tri-state, watching more Sesame Street (and that godawful hippie nonsense Zoom) than I care to admit, I didn't ever really like Oscar the Grouch, as he was so abrasive and basically living in an ashtray. But at least he had more cred than the inexplicably popular one-note Cookie Monster, who was clearly meant for the dumb children ... or what we 70s toddlers thought were dumb children until the utter simp that is Elmo came along, mercifully well after I had graduated from the now totally gentrified Sesame Street.

You know, there are a lot of parallels to be drawn between the classic gritty EV and the classic grimy Sesame Street, which, like our neighborhood, has been ruined by gentrification. Jared Kushner = Elmo. Think about it.

And before anyone calls me a bitch for basically calling Elmo's child-fans idiots, I kindly suggest you point the finger at PBS and "educational" television for making me this way. :p

Did they really need prop trash?

2:07.......The answer is yes, and the guy who arranges it makes about $40/hr. It also took him 7 hours to do it, and required an entire city block's worth of equipment/trailers/catering nonsense.