What the devil? Vector Gallery closes on 3rd Street 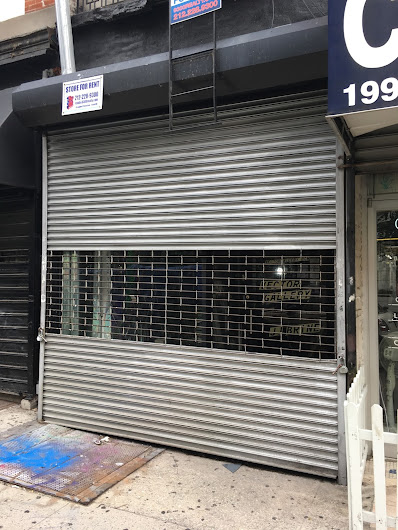 That's it for the Vector Gallery, dubbed the Official Art Gallery of Satan by its founder, on Third Street between Avenue A and Avenue B... workers cleared out the space yesterday... 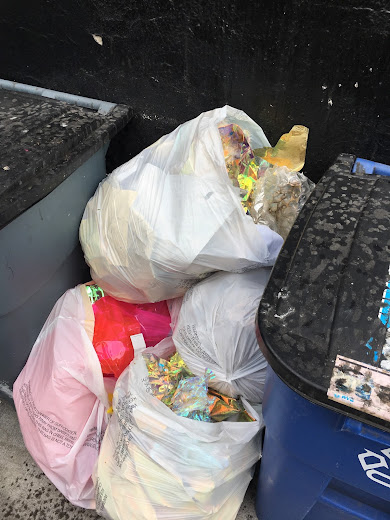 And a for rent sign via Steve Croman's 9300 Realty is now at the small storefront.

In April, the city inspected the space over complaints that the gallery was "illegally used for religious assembly." Then in March, an event/performance described as "a Vectorian Mass dedicated to the 'Israeli-Palestinian Conflict'" drew a heavy FDNY response after a report of a small fire inside the space. (Any fire was related to the Mass.)

The Gallery didn't appear to be a hit with all neighbors, as someone scrawled "Yuppie scum paying $3,900 to create unoriginal shit" on the front window.

And this likely won't be the last time you'll see the Gallery, which has had stints on Clinton Street, East Broadway ... and in Los Angeles.

According to its website, "VECTOR Gallery seceded from the United States, making it the newest (and smallest) independent country in the world." Not sure what the asking rent will be for the smallest country in the world. But the 325-square-foot space (with basement) is on the market for $3,250 a month, per the listing.

Previously this space housed Snack Dragon, which closed in October 2014 after being Cromanated.

Everyone always assumes that there is a problem when the vector galleries close and generate these funny headlines. But obviously Mr. Brine prefers to switch things up every year. If you look at each one they've all lasted a year. So call me crazy but I chalk up one year stints with one year leases. Lol!

I'm just glad it closed because of his stupidity. For some unknown reason this guy seems to think Satan is shocking when he just looked boring and unoriginal throwing around a bunch of Party City garbage, mannequins and hackneyed anti-god, pro-Satan nonsense, in a city that is pretty godless as it is. The "artist" also prostitutes himself on a website called Rent Men, so I am guessing his "spooky" and "shocking" party city art ain't payin' the bills.

This place was low key the only thing going for the neighborhood's art scene. Bummer

Symbol of "what it meant to be living in NYC" (whatever that means)? Huh? For what generation?

Whatever generation you're babbling about who barely or didn't support it cuz it lasted a year or less?

Seriously, what generation ARE you talking about? The one who pays ridiculously high rents without batting an eyelash because they absolutely, positively have to get their NYC in and on, and say they lived here (and did what besides work and do what they did back home in Bumblefuck, WS (Whatever State)? A generation no one knew, cared about, wanted here, or won't remember cuz they produced nothing memorable other than sights of drunkeness and debauchery long after the times where they'd have had their asses handed to them for acting like that.

My man the place has been in NYC for the past five years in different locations. I don't agree with the symbol for a generation shit but it's definitely a major landmark symbol for a subculture. The place has been a huge influence, anyone who knows the art scene is aware of that whether they do or don't dig the vibe. Chill...

Yo it didn't go under! The owner said on his Facebook it's opening up in brooklyn in a few months bb!