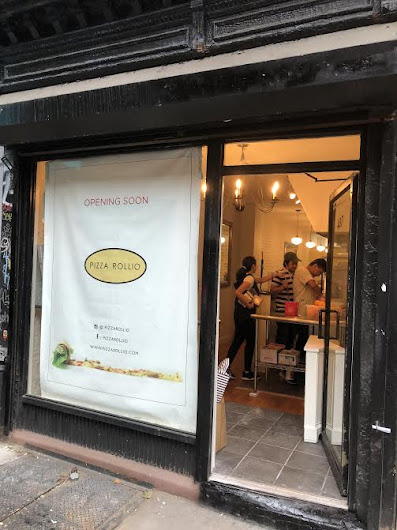 Pizza Rollio has opened their outpost at 437 E. Ninth St. between Avenue A and First Avenue.

The pizzeria, which sells its super-thin, arugula-topped pies served in long strips, is owned by Miyuki Talwar and her family, who run similar establishments in the Philippines.

This will be the third Pizza Rollio in the city, joining the Plaza Hotel Food Hall and on West 18th Street.

Here's more about their pizza from the Daily News in 2016:

In a city with pizzerias on almost every corner, Pizza Rollio serves the seemingly impossible: a totally unique pie. Its rectangular creations are light and delicate — built on paper-thin sheets of dough that are baked and sliced into wide ribbons perfect for wrapping around peppery bites of alfalfa sprouts and arugula, the salad-y condiment served with every order. 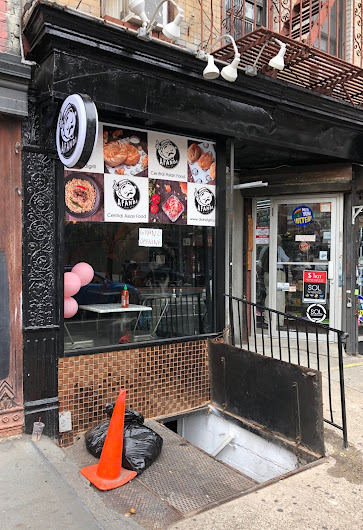 Meanwhile, at 149 First Ave. near Ninth Street, Afandi Grill has made its debut. The restaurant offers cuisine from Central Asia. Per the website:

Afandi has Xinjiang style hand-pulled noodles, dumplings, world famous Uzbek pilaf and home made pastries. There is a veggie option for each dishes.

You can find their menu and hours here.

This storefront has been vacant since This Little Piggy Had Roast Beef closed in March 2014.

Afandi Grill bringing food from Central Asia to 1st Avenue
Posted by Grieve at 4:05 AM

Looks like a healthy and appetizing way to eat pizza. Let's face it--almost all of us could use more leafy greens in the diet.