Marking the arrival of the Alphabet 99-cent Fresh Pizza awning 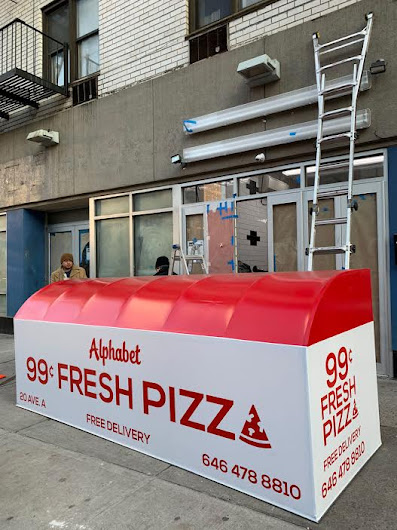 Workers yesterday afternoon hoisted the awning for the new tenant at 20 Avenue A — Alphabet Pizza, which will serve up 99-cent slices. The original coming-soon signage put the business name as Alphabet Pizza and Deli. No sign of the "___ and Deli" for now. It will also be competition for the FDR 99 Cents Slice Pizza outpost around the corner on Second Street. 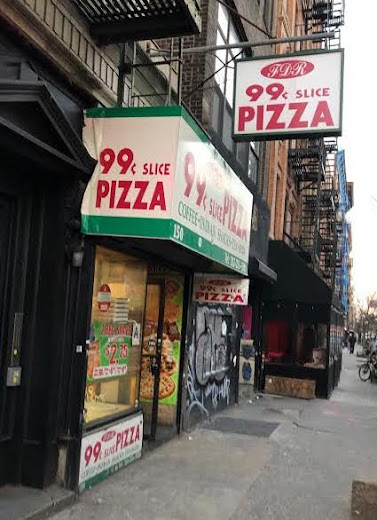 Chase left 20 Avenue A in November 2015. The newish landlord carved up the former bank branch into three smaller storefronts, two of which remain empty.

How do these dollar slice joints make money? Not a rhetorical question.

I assume they have to be open 10am to 6am daily and pay NYC minimum wage.

I like it, no frills budget graphics but clean and minimalistic. I'll pass on the pizza though.

Chase bank replaced by 99 cent pizza. I see light at the end of the tunnel.

How on earth does it make sense to open another 99 cent pizza place a few hundred feet away from another?!!!