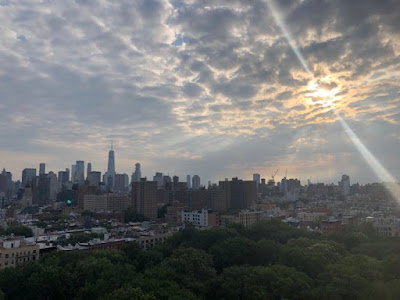 • A breakdown of protections New Yorkers currently have from eviction (Curbed)

• Nearly 50 NYC restaurant owners, including Danny Meyer and David Chang, are pledging their support of a new "Safe and Just Reopening" plan for restaurants (Eater)

• "An uncommonly good summer show" title "(Nothing but) Flowers" through Sept. 13 at Karma on Second Street (The New Yorker)

, BUT THIS IS BEYOND THE PALE, LET NO CRISIS GO TO WASTE: ... plan calls for the elimination of the tip credit for restaurants in the state, a labor law that allows owners to pay tipped workers a base minimum wage of $10 per hour plus tips while NYC’s regular minimum wage is $15 an hour. Simultaneously, the plan calls for state legislators to allow tips to be shared equally across a restaurant’s entire staff, another measure that is not allowed under current labor laws for tipped workers.

if they pass this law to appease these corporations, that is what is known as CORPORATISM, and in Italy was also known as FASCISM.