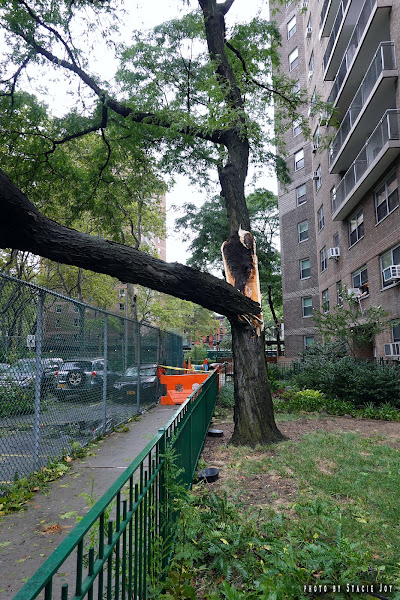 There was also tree damage in and around the Village View property between First Avenue and Avenue A, from Second Street to Sixth Street... 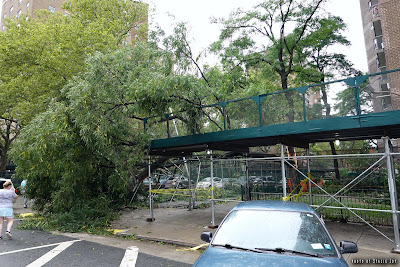 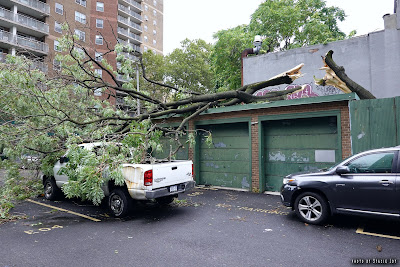 The city received more than 11,000 reports of downed trees and hanging limbs, The Wall Street Journal reported, noting that some of the calls may have been about the same tree condition.

Also, at 111 Fourth Ave. at 12th Street, there were published reports of sections of the facade falling from the co-op building... no injuries were reported... 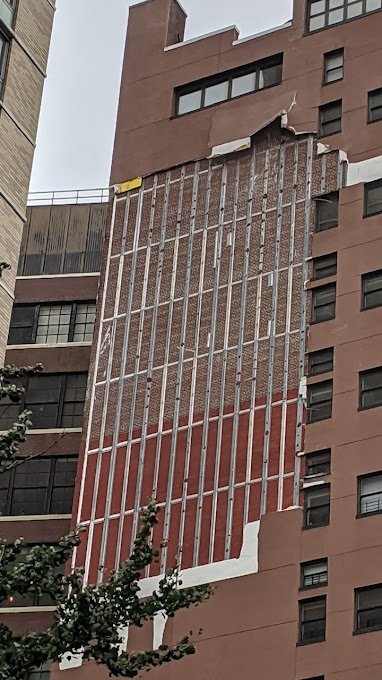 Wow this is crazy. I think the employees from the post office has a private parking lot below this area, hopefully no ones car got damaged.

All up and down Avenue A and Essex St.--on the south corner of Houston and Ave. A is a playground and a tree was fallen there and blocking the sidewalk.

Guess we should be glad more people weren't hurt!

Thank god nobody was injured from the Legos and packing table falling from that co-op building.

Guess covering the brick structure with paste on panels was not a good solution.

The wind pulled the side of the building across 12th street over to the secondhand store, breaking windows and nearly killing the guy (Stephen) who sleeps in front of the secondhand store...thank God he's OK. I live a couple buildings over and heard it fall, sounded like thunder ("Thunder? What? During a hurricane?") It's truly a miracle no one got seriously injured. Whoever designed that ridiculous façade on that building should be ashamed.

monthly maintenance at 111 4th ave probably going up a little...