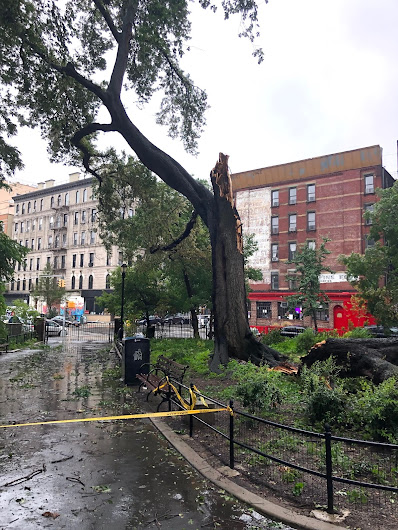 Updated 4 p.m.: City workers have closed the Park for now. Updated 7 p.m. Most entrances were back open.

The heavy rains and winds from tropical storm Isaias brought down a number of limbs in Tompkins Square Park early this afternoon... most notably from the grand Elm near the entrance on Seventh Street and Avenue B... 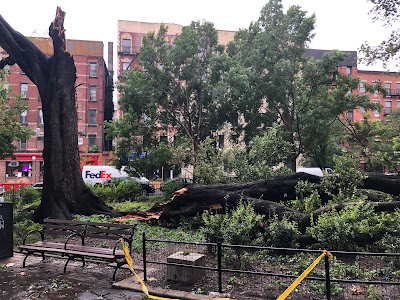 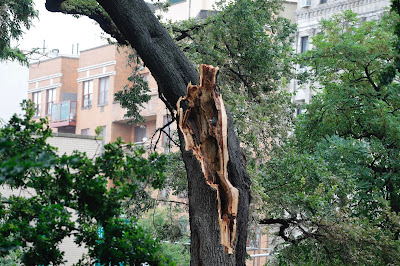 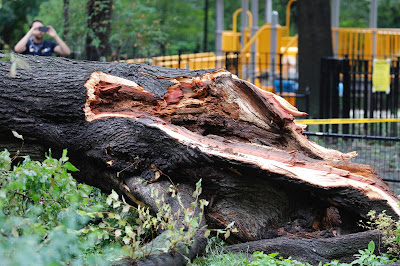 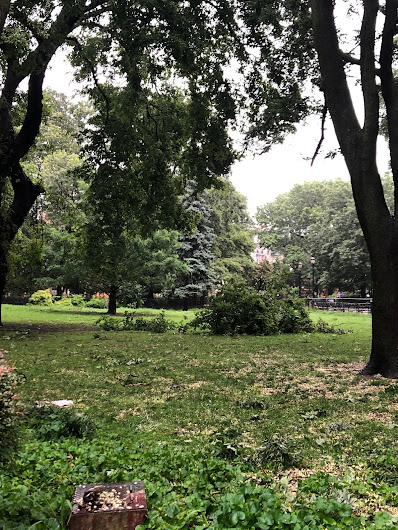 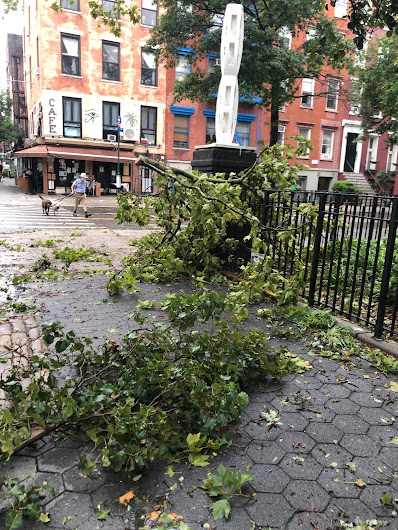 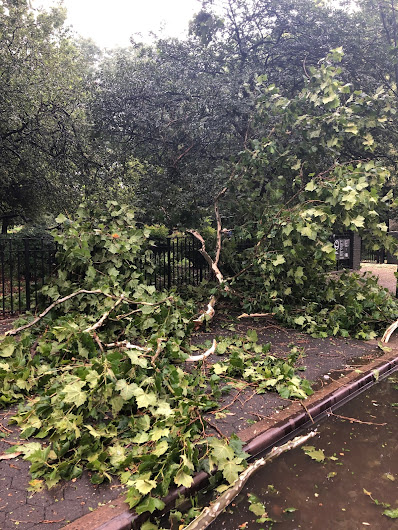 ... there were multiple other reports of downed branches around the neighbor, including behind this building on Avenue A at Fifth Street... 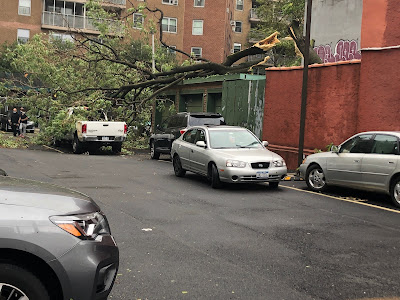 ... and at the East River Park running track ... (thanks Wendy Rubin for this photo!) 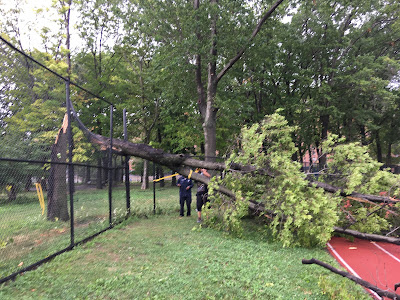 There's also a report of a sidewalk bridge collapse with injuries on Avenue A and Third Street. Will update when more information is available.
Posted by Grieve at 3:00 PM

These Tompkins Square Park elms are a national treasure.

The loss of the huge tree at 7th & B is devastating. Glad no one was hurt.

Is the statue of Samuel S. Cox still standing?

I nominate Steven for a Pulitzer Prize for his steady chronicling of the neighborhood.

Saw a sidewalk bridge fell and smashed a car on 6th and C. Glad these mostly didn't hit people!

Poor trees :( This is really upsetting.