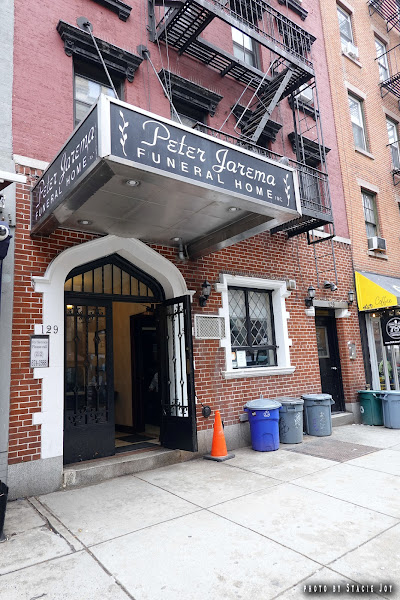 Late this past Saturday, someone broke into two neighboring businesses along Seventh Street between Avenue A and First Avenue.
As EVG contributor Stacie Joy reports, the thief broke into Peter Jarema Funeral Home, where he trashed the office and made off with several iPads and laptops.
As Danny Buzzetta, Jarema's owner/director, notes, they're not a cash business. 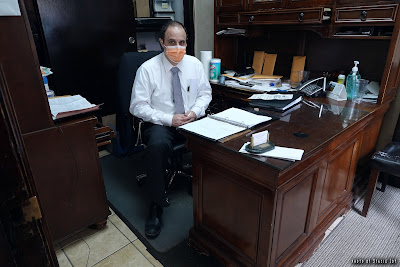 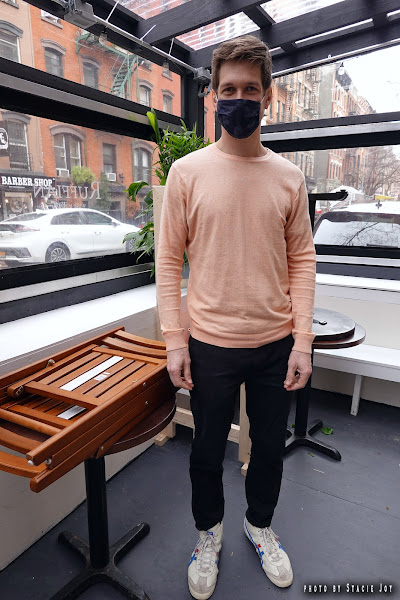 Ruffian had released a montage on Instagram Stories of the suspect from surveillance footage ... 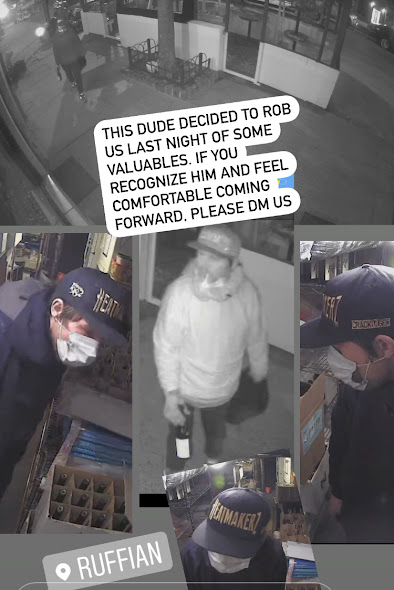 In more positive developments: Fawzy and Ola at B&H Dairy on Second Avenue reported on Instagram yesterday that the NYPD has arrested the thief who broke into and robbed the lunch counter (he took the entire register with its $500) this past November.
Per their post: "He was caught due to fingerprints left in the restaurant. He's facing up to eight years in prison. Apparently, the same perp had robbed several other businesses in the neighborhood, one on St. Mark's and another on Avenue C."
Posted by Grieve at 5:22 AM

Under Mayor D'assio this perpetrator will NOT serve 8 years for Burglary. You can assault people and be let out of a Holding cell just like that. I doubt they will hold anyone for a 'victimless' crime such as Burglary.

I don't think you have a clue on how the court system works. And you could always have assaulted people and be let out of a holding cell, it happened to the girl who assaulted me, under Giuliani.

90 days at Rikers and then referred to the Bellevue men's shelter. This is a nonviolent crime.

You could always be let out of a holding cell "just like that" if you had the $$$ to make bail. Bail wasn't about ensuring safety, it was about letting the cops detain poor people and minorities indefinitely without having to go to the trouble of trying them.

Sad to see these sorts of sentiments expressed on a downtown blog.

They broke into a FUNERAL HOME? That is insane, and very low.

If Giuliani weren't completely crazy, I'd vote for him for mayor in the next election. Someone needs to actually be in charge and CARE about the quality of life in this city, and de Blasio is not that person, fer sure!

Why are people here whining about DeBlah and Ghooliani?
Don't you know there is a Mayoral election coming right up, and there are actual candidates?
You think it is the Mayor who solves your gripes. So, who should be elected NYC Mayor?

@8:25pm: Enlighten us all, why don't you? Tell us: WHO DOES solve the "gripes" and genuine problems & issues of NYC residents?

We await your answer with bated breaths.