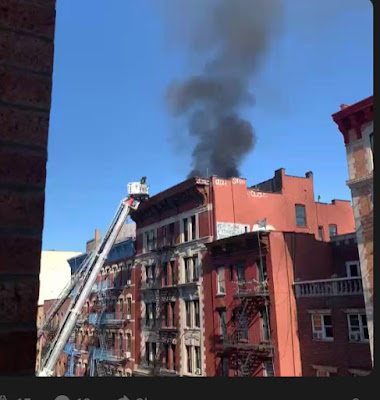 There were some dramatic moments this morning as the FDNY quickly extinguished a rooftop fire at 170 E. Second St. between Avenue A and Avenue B.

FDNY on the scene of the rooftop fire at Ave A @ 2nd @evgrieve pic.twitter.com/yfQaH35swV

Witnesses reported seeing "intense flames" coming from the roof.
No word at the moment what caused the blaze or the extent of the damage.
Here's a view of the FDNY on the building's roof via @alicedunaway ... 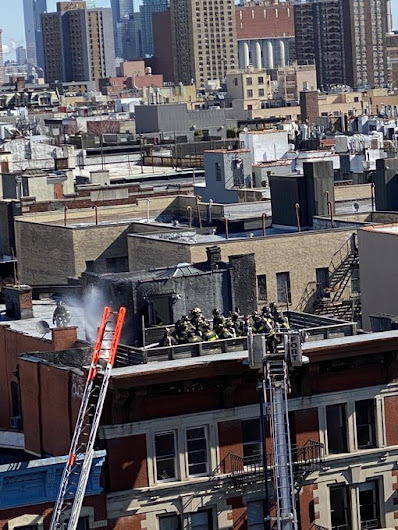 Vinny & O shared images from Avenue A and Second Street... 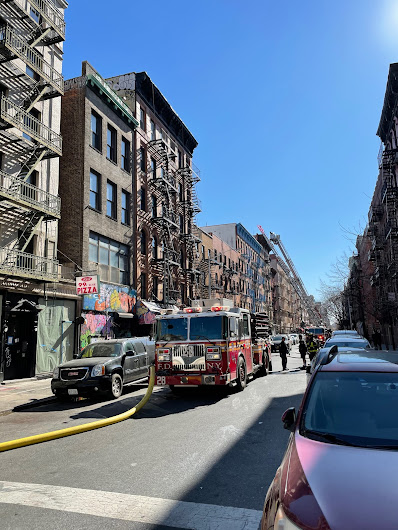 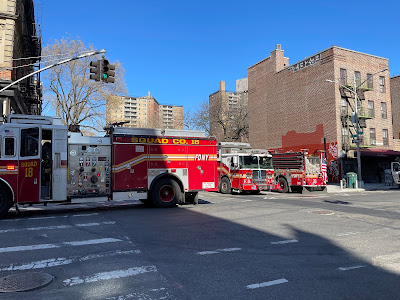 Top photo via the Citizen app
Posted by Grieve at 11:00 AM