So long to the Essex Card Shop signage on Avenue A; Pac Lab on 1st Street 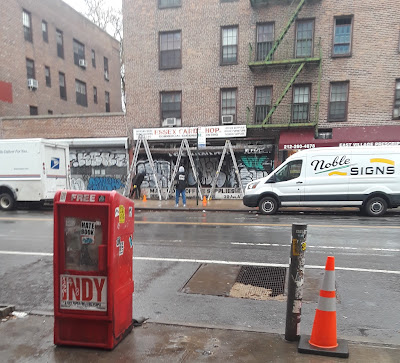 Back on Thursday, a reader shared the above photo... showing workers removing the old Essex Card Shop signage from its former storefront on Avenue A between Second Street and Third Street.
And here's how the storefront at the city-owned No. 39 looks now... 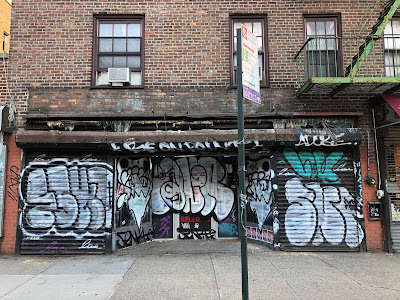 Essex Card Shop moved one block to the north to 47 Avenue A between Third Street and Fourth Street last June. A shop regular says that the owners were keeping the sign, but it wasn't going to fit above the new location.
In other old signage news... the old Pac Lab signage was removed last week from 37 E. First St. between First Avenue and Second Avenue... 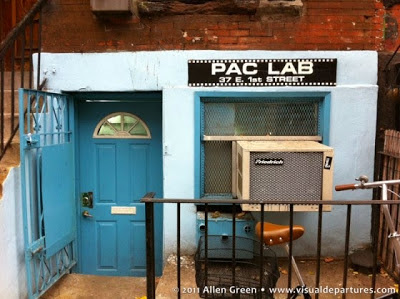 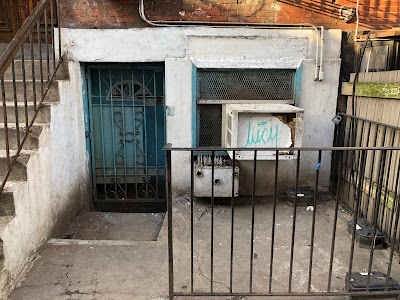 Per the Anthology Film Archives: "Pac Lab was a true NYC staple, as well as the last local resource we had for same-day processing of Super-8mm and 16mm film. Over the years Pac Lab proved itself to be a company that possessed as much character and quirkiness as its clients."
Pac Lab closed at some point in 2014 or 2015.
Posted by Grieve at 12:17 PM

RIP both these appealing signs, and much luv to the avenue a card shop!

If the owners of the stationery store had had any aesthetic sense, they would have taken the old sign to the current location…but noooo.