The disappearing pay phones along Avenue A 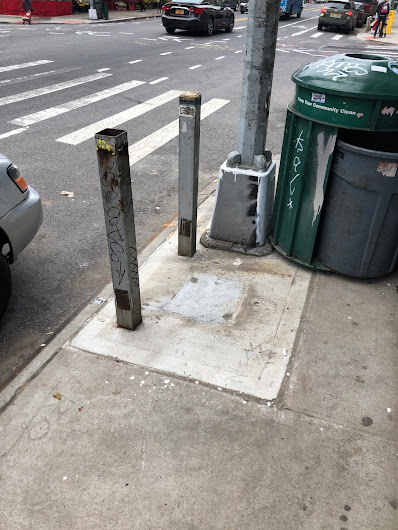 In the last week or so, workers have hauled off the open-air pay phones on the northwest side of Avenue A at Fourth Street (above) ... the west side Avenue A at Third Street... 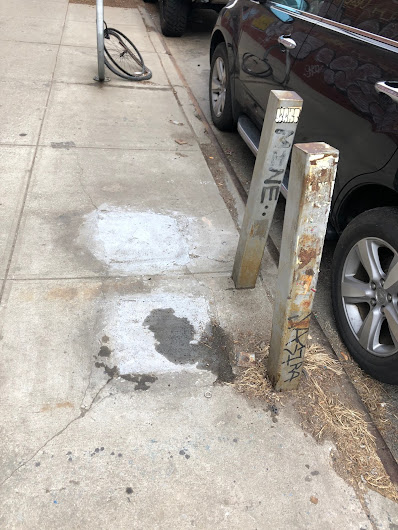 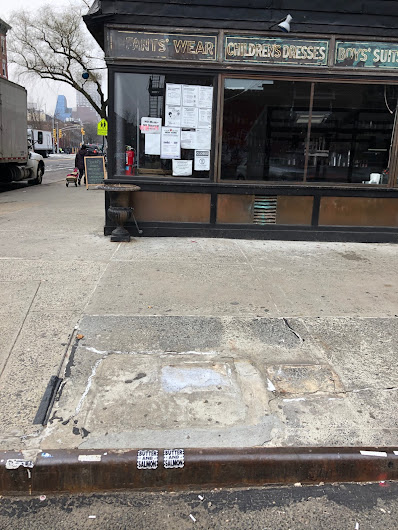 The one on the east side of A at Third Street is also gone. However, the pay phones remain on the south side of Fourth at A... 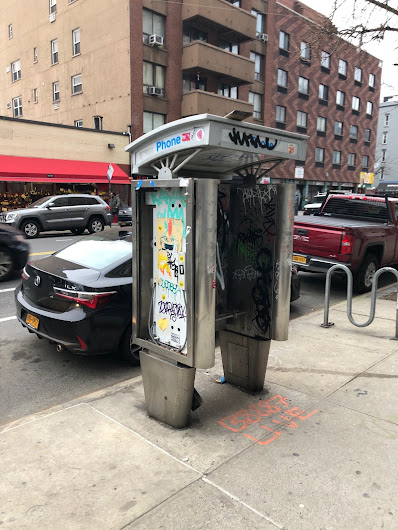 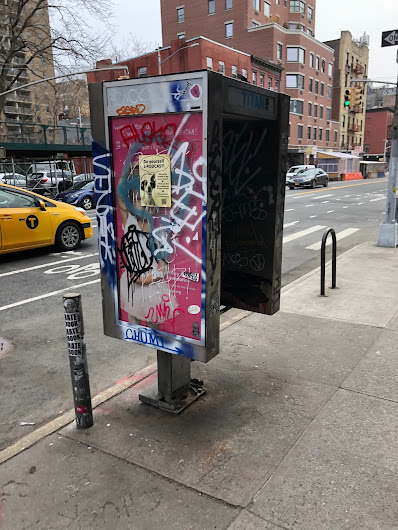 So you still have a place to take a _____ or put down your bottle of ______ or roll a _____.
Thankfully, for now anyway, the World Famous Pee Phone™ is still on duty on Avenue A at Seventh Street.
Anyway, all this was expected... in late February 2020, Gothamist reported that the Department of Information, Technology and Telecommunications (DoITT) was going to uproot nearly 3,000 pay phones around NYC that are maintained by CityBridge. A few non-CityBridge phones are likely to remain. And expect to see some new LinkNYC kiosks in some of these spaces.
Posted by Grieve at 5:00 AM

i know a pay phone fan who will be sorely distressed at this news. sory mayt.

Just pray those hideous Link NYC monoliths won't be installed instead each and every payphone removed.

Those Link kiosks make loud fan sounds, adding to the existing noise pollution on the street. Why does everything new have to be worse?

And the moment you connect your phone in order to charge it, it slurp your data for sale! Not a conspiracy, proven and admitted by that company.

I find that they display helpful next-bus information. Perfectly fine having them around. Other world-class cities have similar installations. But by all means, let's keep the pee phone.

Hmm, they're upgrading to kiosks so the crusties have new places to take over all summer? There goes the neighborhood.

I really don't need to have the subway schedule followed by ads constantly flashed in my eyes and taking photos of me and sucking out my cell phone info with all the sensors built into it. I'm pretty sure this was never sent to the citizens for a vote. Is what liberty lovers cal slow creep. But y'all better can get back to your beer pong now and yel woo-hoo!

I'm not sure how this turned into a kiosk conversation, but I'm pretty happy to see a lot of these old pay phones removed. They provide little use these days, clog up the sidewalk (which is especially bad during Covid) and they're an eyesore -- typically covered in graffiti. There's still a nostalgia feel to them, but the world has moved on

So not a single commenter mentions that the LinkNYC kiosks provide free WiFi. This is extraordinarily progressive! The city is being blanketed by what I hope will be a seamless web of free WiFi, in exchange for looking at some ads. I think that's a really good trade-off.

@2 43. I don't know why people are still mentioning free WiFi Unless you're a tourist from abroad, isn't unlimited data pretty much the norm now?

I have memories of attempting to find one of these that worked in the past when trying to activate a new cellphone... only to be nauseated by the smell of oxidized urine while trying to program new phone

Not if you are a homeless person with the cheapest possible phone set up. Then you need the free WiFi

Don't forget LinkNYC is delinquent and owes the city millions!