We haven't checked in on 427 E. 12th St. since February 2012. This is the six-story Karl Fischer-designed apartment building that we first mentioned back in July 2011.

At last look in early 2012, there were support braces in the muddy (and long-dormant) pit to help prop up 425 E. 12th Street... and complaints to the DOB about the construction causing "damage to phone lines at 429 E. 12th St. and cracks in bathroom walls."

These days, the building appears has finally reached that sixth floor, and looking like this... 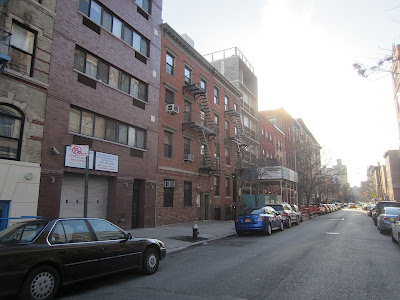 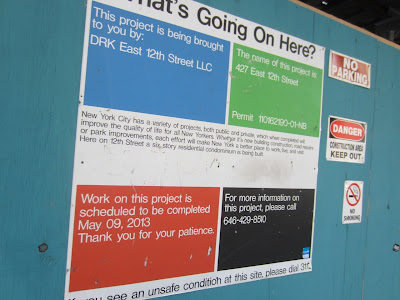 DOB documents show two units each on floors two through five, with one apartment on the sixth floor... there's also mention of a "recreational area" on the roof.

Yet another hideous, cheesy-looking eyesore with all the visual allure of a planter's wart.