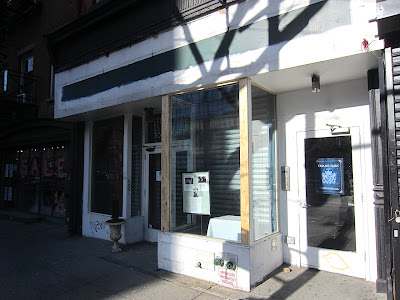 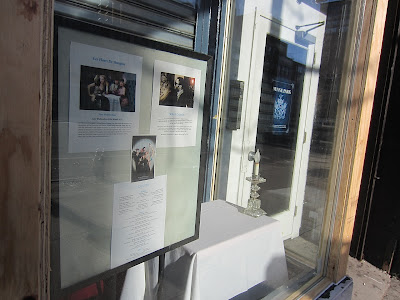 On East Third Street at Avenue B, Heart N' Soul opened Friday at the site of the former Mama's Food Shop...

These photos are by @ThePeterHa ... 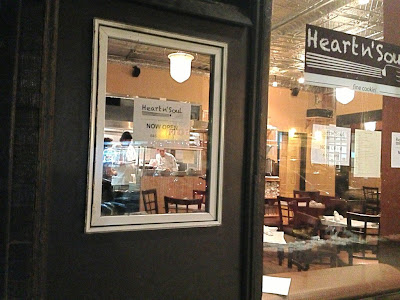 The menu features the "Coastal Southern cuisine" of chef Dave Conn, who spend a good part of his life in the South. 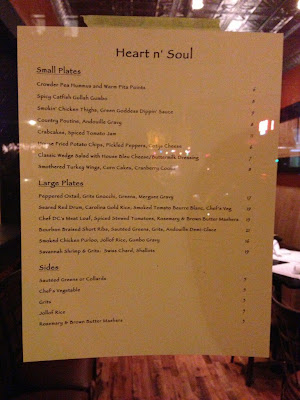 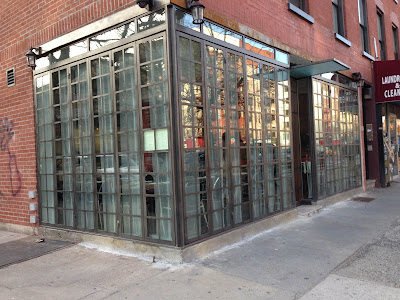 Finally... Back in January, Candela Candela abruptly closed at 92 Second Ave, ... at the time, a resident of the building heard that Mermaid Inn would be expanding into this space. That was NOT the case... In any event, the Candela owners have unveiled a new concept ... a vegetarian restaurant called Local 92 ... 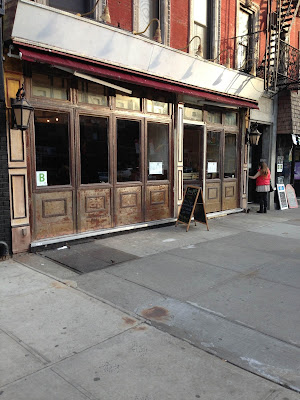 Per the menu: "The words LOw and CALories merge together in traditional middle-eastern dishes..." 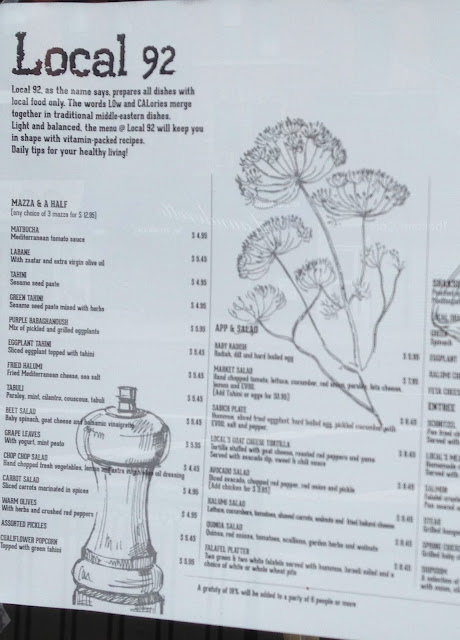 Anyone try any of these places? Any early reports to share in the comments?
Posted by Grieve at 5:50 AM

I don't think the name Local 92 is evocative of lo-cal food... instead, it sounds like the Teamsters have moved in. Funny

I walked by Posterior (the P is silent) over the weekend and the lights are freakishly bright in there. It's like dining under a UFO landing.

Where's the Binibon when we really need it?

So sad, got my hopes up at your description of a new vegetarian spot at Local 92...but on closer inspection there's plenty of opportunity to consume the dead animal of your choice on their menu. It's basically an Israeli place but not to worry, lots of vegetarian choices so, vegetarian or carnivore, we should all be happy.

Intriguingly it also includes a preamble about what good citizens they are, about how all surplus food goes to those in need and how they help out at a local animal shelter. First item, not unusual for a food establishment, but the second displays (perhaps) a little personality.

Pity they just chose to sing their own praises and not give a free plug for the places they say they help. Credibility? Well, benefit of the doubt for now, so I'm planning on welcoming them to the neighborhood, especially as their little paper menu stuck up in the window gives me hope for a Super-Yuppie/woo-ww/velvet rope free experience.