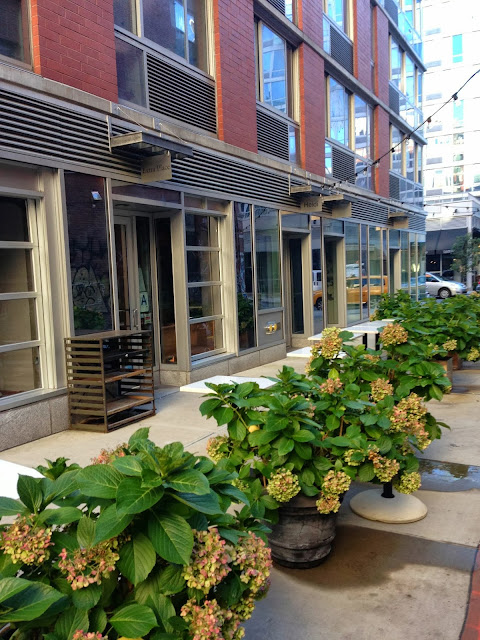 Things have been a little quiet over in Extra Place, the pedestrian walkway off East First Street... in part, two of the restaurants here, Extra Place and Heidi, have been closed... a sign on the door points to a renovation... 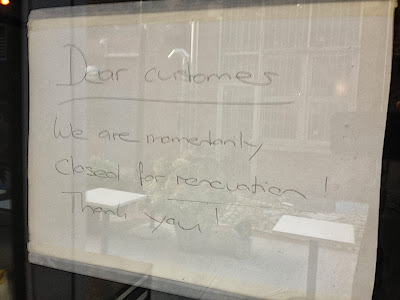 Extra Place at No. 8, a namesake restaurant with 50 seats serving Mediterranean fare, and Heidi at No. 6, a smaller Swiss eatery with 20 seats, opened from the same owners in July 2012. 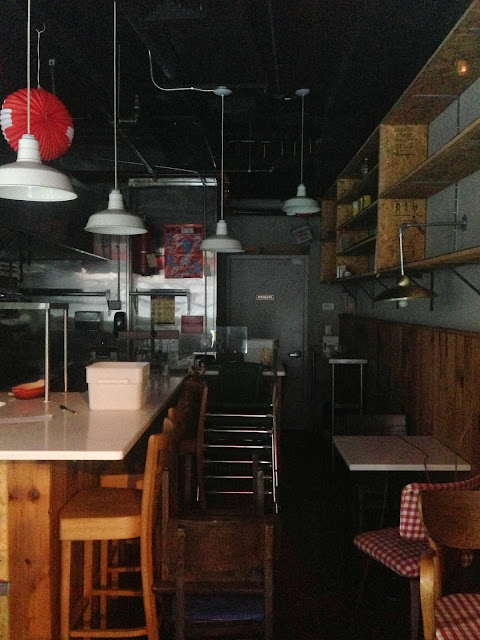 We reached out to restaurant reps to see when they might reopen. (Yelp already lists that Extra Place is restaurants closed. No mention of the renovations on the restaurants' website or social media.)

In July, CB3 dropped the hammer on the restaurants, denying renewal of its beer and wine license. Here's CB3's official CB3ease:

BE IT RESOLVED that Community Board #3 moves to deny the renewal of the beer wine license for Extra Place America LLC, 8 Extra Place, between Second Avenue and Bowery, because
1) the applicant has violated its stipulation that it will not serve alcohol outside of its establishment,
2) the applicant has usurped a public pedestrian plaza for its private use in violation of New York City Department of Transportation restrictions by setting up an illegal sidewalk café in said public plaza, and
3) the applicant has used its license illegally by serving beer and wine to its patrons outside of its establishment and allowing its patrons to consume beer and wine outside which they had purchased within its business.

The SLA currently lists two liquor licenses for the address... one is active; the other is not.

Meanwhile, Extra Place continues to maintain its proud heritage
Posted by Grieve at 5:10 AM

I'm glad CB #3 is now punishing them for it.

There are so many people out there who dream of having a restaurant and so I can't believe it when establishments break the rules. Amazing.

well you think you can just flagrantly break the rules and because of the location you think no one is watching well ha ha you busted and done
Dont fool around with the SLA!

That little area is a stupid idea. This only works if the otherwise hidden or off the beaten path is something cool like an old speakeasy. But this the same shit we hate on the Bowery, just out of site and out if mind.