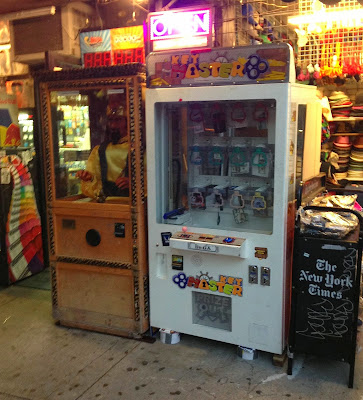 In a sad and shocking power play that has reverberated throughout the neighborhood, Zoltar now has a game-of-chance companion in the form of Key Blaster outside Gem Spa. 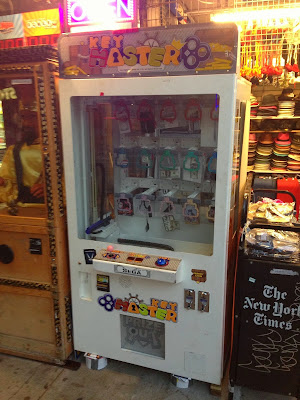 Stunned passersby were naturally stunned to see that Zoltar was no longer the only game in town, or at least here on Second Avenue at St. Mark's Place.

"This is like really fucked up and stuff," said EVG reader Jim, who asked that his first name not be used in association with this post mostly because he was swearing. "First, they put the Lottery thing [Play Center] next to Zoltar. Then there is the display of like those Kardashian mags Us Weekly and OK! Are they purposefully trying to take away business from Zoltar?" 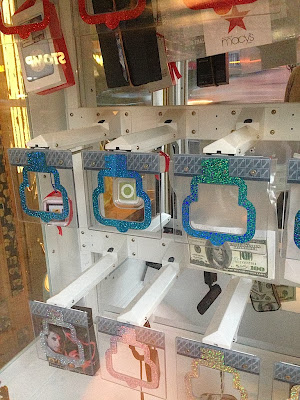 You may also win presumably real $100 bills [Ed note: Do they still make these?] ... which might be a bad idea to have on display considering what some roughnecks with skateboards have done here in the past... 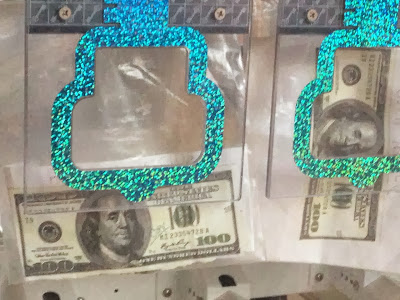 In case you've never been on a cruise ship, here's how Key Master works: You use a joystick for horizontal movement and a large button for the vertical alignment. Then! You manipulate a "key" so that it lines up perfectly with a "lock" holding a prize. If you successfully guide the key into the lock, then you win the prize. (OK, I just totally lifted that from this fellow's blog.)

A tutorial. (God, whatever you do — turn down the volume!)

Takeaway: Key Master is dumb! Long live Zoltar!
Posted by Grieve at 7:58 AM

Email ThisBlogThis!Share to TwitterShare to FacebookShare to Pinterest
Labels: EV Grieve is high or something, Gem Spa, Key Master, Zoltar

GTFO, it cannot be a real iPad and iPod!! And Benjamins?

I predict Key Master's destruction and most contents stolen by Sunday night.

Y'know what? There's something wonderfully sideshow/midway-ish about this. I'm down.

I understand you are cranky about every slight change that happens in the neighborhood, but this is really a stretch. I've lived here 20 years and that Zoltar machine hasn't been around for very long.

I wasn't being serious.

As explained (obtusely) on pages 11-12 of the operations manual for Keymaster, Keymaster is really a "game of chance", not a "game of skill".

The payout rate is specifically determined by settings at the request of the business operating the machine. E.g., no winnings until 700 games have been played after the last win (one possible setting).

I would think that this is in direct violation of the no-gambling laws in NY.

Here's a link to the PDF of the manual:

EV, I love that you have readers who are willing to search through manuals to substantiate their comments.

Blargh! I'm sorry for that!

Anyone who has played this thing, let us know. Or maybe you can ask Zoltar whether it's even worth it.