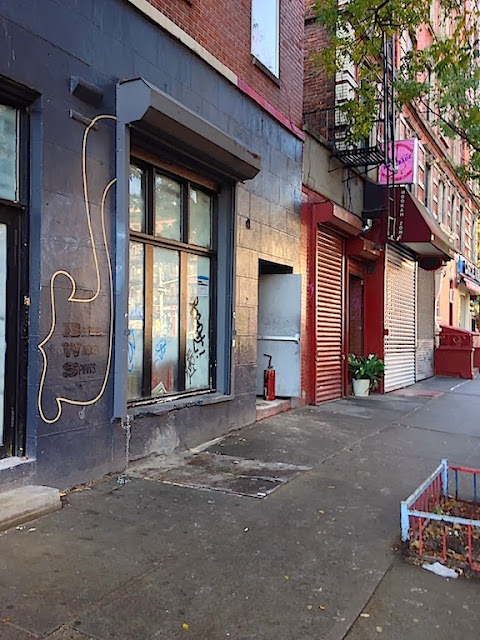 We've been watching work continue at the once-dormant Pride and Joy BBQ on First Avenue… workers filled up the dumpster Saturday from the East Second Street entrance. 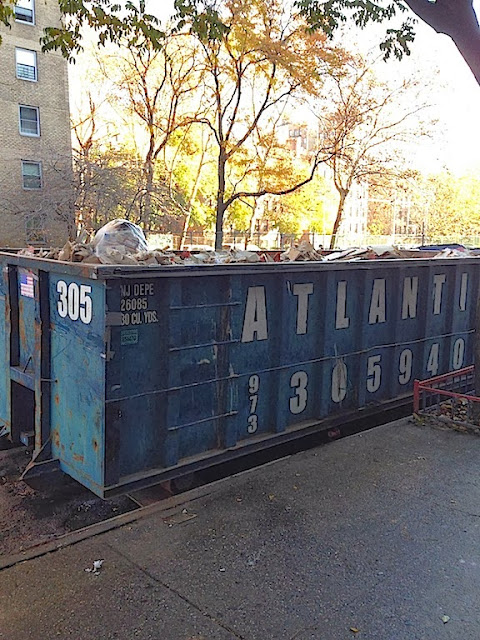 As you may know, celebrity BBQ chef Myron Mixon was going to open a restaurant/saloon in the former Lucky Cheng's space. (Read that post here.) But a subsequent lawsuit between Mixon and his partners threw the opening in doubt.

Turns out that his remaining partners are moving forward with a 220-seat "draft house" and "honky tonk" featuring three bars and about 20 TV screens, as DNAinfo reported. (Last month, the SLA approved a liquor license for the space with a 4 a.m. closing time.)

Meanwhile, the city OK'd a permit on Nov. 1 for "structural alteration work," which "includes new openings through masonry walls and floors for existing eating and drinking establishment." The work permit shows an estimated total cost of $82,000. What we saw through the open door looked to be on the gutted side.

The space was seemingly ready for BBQ action, after crews previously gut-renovated away the former Bento Burger and Lucky Cheng's. There was even a preview event here with Mixon back in May… which prompted the one Yelp review, a four-star affair in which the author stated: "The pork belly mac and cheese was equally exquisite. I can imaging filling a large, clean tub with this delightful concoction and then diving in and eating my way out."

Myron Mixon lawsuit puts opening of Pride and Joy BBQ in question at former Lucky Cheng's space
Posted by Grieve at 5:10 AM

The NYU kids will love it.

And here I held out hope for something involving drag queens.

Dear god I really feel for the upstairs neighbors & everyone who lives within a 2-block radius- the Mighty Quinn's stink cloud has poisoned those of us who live above & near that fast-casual joint for a year now. When will the city ban meat-smokers without proper filtering within city limits?