Expect to see a lot of the Ramones in the future 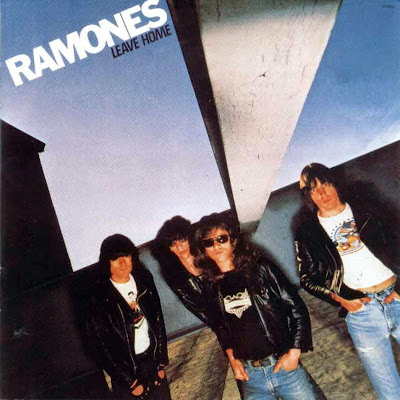 Jeff Jampol, who co-manages the estate of the Ramones, told the following to Billboard:

“The 40th anniversary of the Ramones is coming up in 2016, that’s when the first album came out. So we have a lot of projects leading up to that. We’re looking at a documentary on the Ramones, we just secured a ton of footage, much of which has never been seen before,” he says. “It came from the Ramones on the road over the years in the Seventies and a little bit in the Eighties, from a gentleman who had shot them, his name is George Seminara.”

The documentary is just one of several projects in the works. Among the others are a theatrical play, a book and a film, which already has Oscar-winning director Martin Scorsese attached.

Billboard also reported that Linda Ramone, who controlled Johnny's half of the band's estate, and Joey's brother Mickey Leigh, who oversaw Joey's half, are now cooperating as a happy family after years of behind-the-scenes feuding.

Read the rest of the Billboard article here.

Previously on EV Grieve:
Mickey Leigh on his brother Joey Ramone's 'New York City' video
Posted by Grieve at 4:59 AM

Email ThisBlogThis!Share to TwitterShare to FacebookShare to Pinterest
Labels: the Ramones

I await Monte Melnick's inevitable plug for his book in this comment thread.

There's already been an excellent Ramones documentary: END OF THE CENTURY, co-directed by Jim Fields & Michael Gramaglia and released in 2003. It contains interviews with all the members and other key figures from the band's history along with thrilling performance footage. The film was nominated for a Grammy Award for Best Long Form Music Video.

I would see a Ramones film directed by Martin Scorsese.

They featured in the CBGB movie too. That was a good movie!


But it will have terrific attitude !