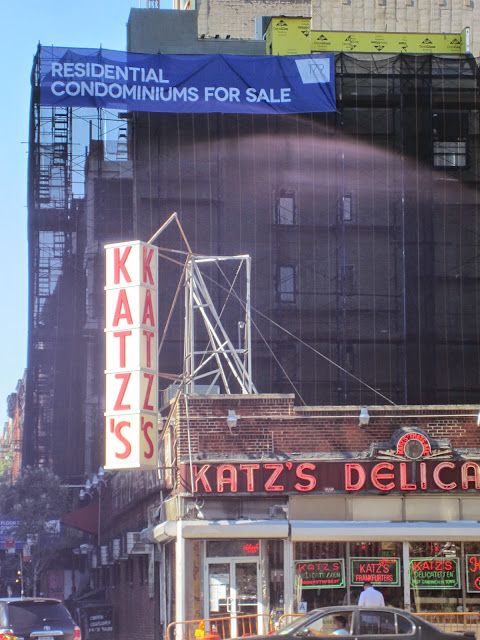 Hey, condo sales are underway at 179 Ludlow St., the looooong-stalled (2006!) mixed-use building that earned the nickname "The Rat Castle" from the Voice back in 2008. (The then-abandoned project attracted rats galore at the time.) 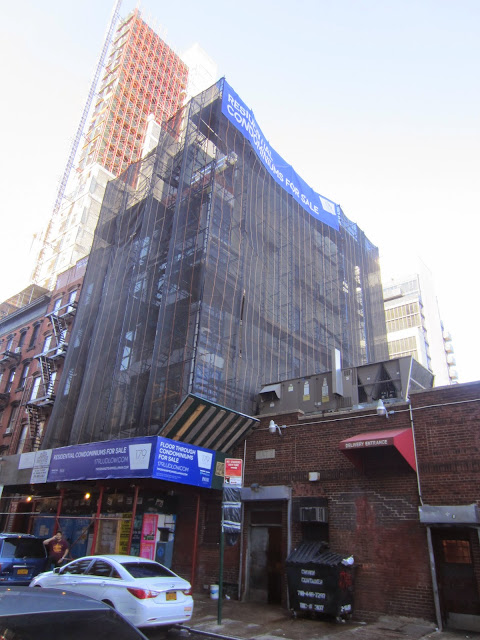 The banner promises a 179 Ludlow website, though it doesn't appear to be active yet. (The link goes to an Elliman broker's site.) 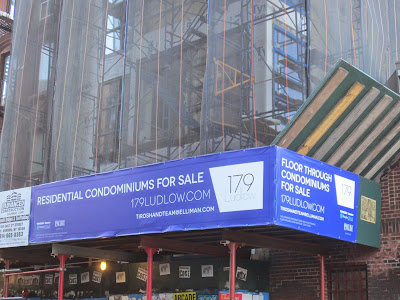 We'll stop back there later.

Previously on EV Grieve:
Notorious 'Rat Castle' being pitched as 'Swank' on Ludlow Street
Posted by Grieve at 5:05 AM

Just a question- Do the folks at Katzs own the building? Do they have air rights they can sell? I hope they own it and can stay as long as they wish.

That ground floor retail space is a perfect spot for my new 'locally sourced concept':Rat Shit in a Hoof.