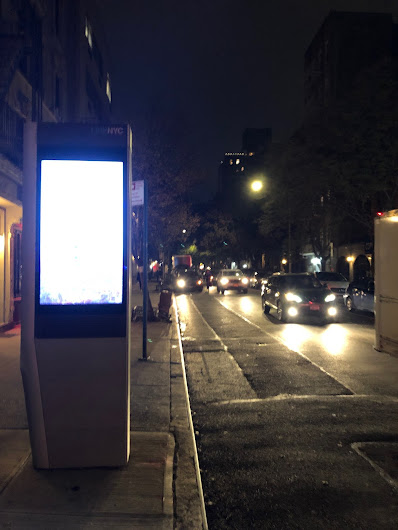 For the first time last night in more than 14 months, there weren't any garbage trucks parked on 10th Street between First Avenue and Second Avenue.

As reported here yesterday morning, the Department of Sanitation (DSNY) is temporarily relocating the trucks to Pier 42 along the East River for the next three months. It's not immediately clear where they will park after those 90 days.

In September 2018, the DSNY started using this section of 10th Street to park up to seven garbage trucks from 7 p.m. to 6 a.m., including on Sundays. The DSNY no longer had use of their garage on 30th Street, and the solution was to relocate their fleet to residential blocks.

This move sparked numerous complaints from residents and merchants alike who called out the problems with the smell, noise and negative impact on business.

Meanwhile, the "Authorized Vehicles Only" signs remain up along this corridor, reserving parking for DSNY vehicles... 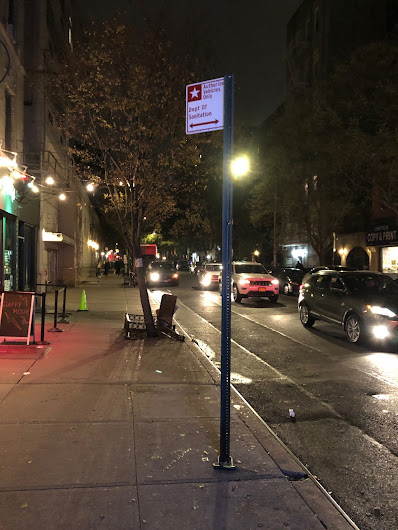 As of now, no one is parking here... but the open spaces did attract a few idling motorists.

• State pols introduce legislation to ban garbage trucks from parking overnight on city streets, like on 10th Street
Posted by Grieve at 6:10 AM

Let’s keep the curb open for picking up and dropping off passengers and for delivery and utility vehicles to operate without blocking the road.

Oh comeon.
This is one of the few neighborhoods in the city where local residents still can have cars without being rich. There's a lot of hate for cars these days... a lot of it deserved...but let's keep allowing locals who need cars to park them.